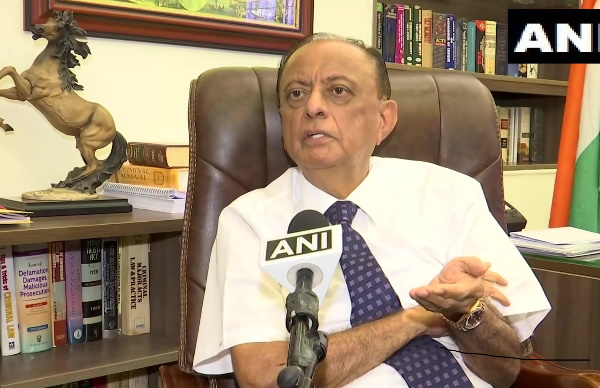 Mumbai, March 28: Nationalist Congress Party (NCP) leader Majid Memon has praised Prime Minister Narendra Modi. Majeed Memon tweeted praises of PM Modi. Menon said that PM Modi must have some qualities or he must have done some good work, which the opposition leaders are unable to find. Along with this, he has denied things like hacking of EVMs. Majid’s remarks come at a time when the party and the Aghadi government of Maharashtra are attacking the BJP over the arrest of his party leader and Maharashtra government minister Nawab Malik.

NCP leader Majid Memon tweeted and wrote that the qualities which are in PM Modi are not in opposition leaders. The NCP leader further wrote that if Narendra Modi wins the votes of the people and is also shown as the most popular leader of the world, then he must have some good qualities or good deeds which the opposition leaders did not do. What I said is that the opposition needs to do some research, some introspection as to what are the things that are making Narendra Modi acceptable not only to India but also outside.

Majid Memon said that, it is a matter to think that how he wins despite violating the constitution, creating hatred among people and dividing the society. Initially the opposition was saying that EVMs are rigged, so they are winning, but now this thing does not stand in the field. In 2019, despite all the efforts of the opposition, we could not remove the government. I appreciate that he has a good oratory power. He works 20 hours a day. These are the extraordinary qualities of Narendra Modi which I must appreciate apart from criticizing.

Majid Memon’s remarks came after the sharp politics in Maharashtra after the arrest of Nawab Malik. Earlier in April 2019, Majid had made a scathing attack on PM Modi and said that, I think Prime Minister Modi also talks like an illiterate, goth and way-walking man. He is sitting on such a high post, his post is a constitutional post. The person who holds that constitutional post is not chosen by the way.

War of words between BJP and AAP ahead of Delhi MCD elections, Kapil Mishra’s challenge on CM Kejriwal’s claim