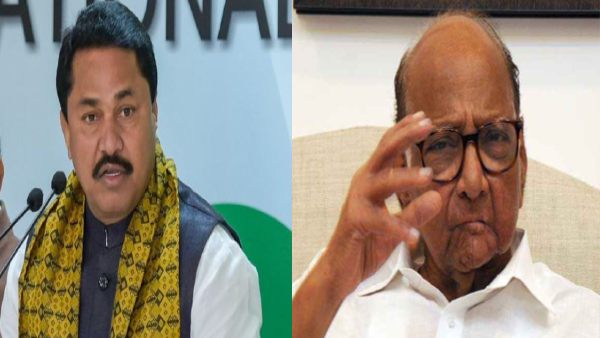 New Delhi, 16 May. Maharashtra Congress chief Nana Patole has accused the Sharad Pawar-led Nationalist Congress Party (NCP) of weakening the Congress. He said that many Congress councilors in the Municipal Corporation have been included in the NCP. Now the NCP has joined hands with the BJP in the election of the President of the Zilla Parishad.

Congress state chief Nana Patole said that he had discussed the NCP with party chiefs during the three-day Congress Chintan Shivir in Udaipur. During this, the party high command was informed about the alleged attempts to weaken the party in the state. The Congress state chief said that it seems that the NCP is trying to weaken the Congress in Maharashtra for the last two and a half years.

Patole said that 19 Congress councilors of Nizampur Municipal Corporation have joined the NCP. The NCP joined hands with the BJP in early May to elect the president of the Gondia Zilla Parishad. The Congress chief said that this is an attempt by the NCP to weaken the Congress in Maharashtra. The information of which has been given to the party high command.

Nana Patole alleges that recently 19 Congress councilors of Bhiwandi-Nizampur Municipal Corporation joined the NCP. Apart from this, the NCP joined hands with the BJP in the election of the President of Gondia Zilla Parishad. Patole claimed that Congress representatives of Zilla Parishads and other municipal bodies do not get enough money to do development work.