Neither the ball was understood, nor the captaincy, one got confused, 3 captains who can be changed in IPL 2023
Advertisement 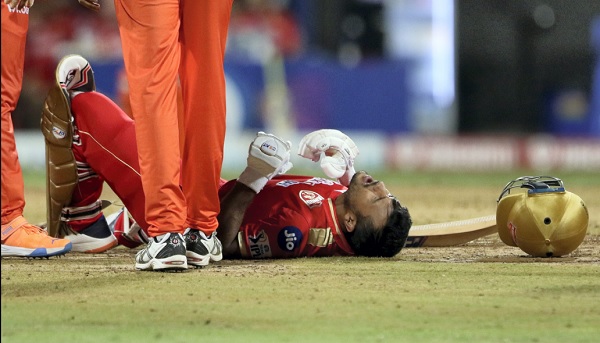 There were many swaps in the roles of captains.

This season saw many swapping of captains’ roles where Ravindra Jadeja was made the captain above Mahendra Singh Dhoni. But later this decision was neither liked by Jadeja nor CSK. On the other hand, there was young Mayank Agarwal who took charge after KL Rahul left and players like Liam Livingstone heaped praise on him. Similarly, Sunrisers Hyderabad was led by Kane Williamson, who came after David Warner’s departure and this team had impressed at one point of time by winning five matches in a row.

Which three captains can be changed in the next season

Another new captain was seen, Shreyas Iyer, who took charge of Delhi Capitals very effectively and tried to lead KKR very effectively in the 2022 season. KKR was also very successful at the initial level under his leadership, although they could not organize as a team later and kept on losing their matches. So meanwhile we have seen a lot of captains in this season overall, some look bad and some very effective. It is also expected that in this series we can get to see the change in captains in the next season as well. In this article, we will talk about three such franchises who can change their captains for IPL 2023.

Here we first see the name of KL Rahul’s friend Mayank Agarwal, under whose leadership Punjab Kings looked much better but the hope of doing a lot was left in the hearts of the fans. Punjab Kings won 7 matches in the league stage and lost only 7 but it was Mayank Agarwal’s poor performance that did not give the team the needed momentum. The role of captain is also there as a player but Mayank Agarwal batted only in 13 matches with an average of 16.33 and scored 196 runs.

Qualified contenders are themselves opening partners

Whereas in the last season he had scored 441 runs with an average of above 40. Mayank Agarwal sometimes came in the opening and sometimes played in the middle order but the team did not get any benefit from it. The Punjab Kings team may appoint Shikhar Dhawan as the captain as he has led the Indian team and is senior to Mayank Agarwal.

Confused CSK would like to be outspoken next season

We may not see Mahendra Singh Dhoni as a captain in the next season but Dhoni may be present as a player as he has given such indications. Dhoni had expressed his desire not to become the captain in the same season itself, after which Jadeja was given the command. There is still a lot of time left in the next season and Chennai Super Kings will be looking for Dhoni’s replacement somewhere as they will need a captain who will pull the team’s car for the coming four-five years.

Have to think of something other than Jadeja and Dhoni

Be it Jadeja or Dhoni this time, Chennai Super Kings could not show any miracle under their command and ended up in ninth place in the points table. From Dhoni to Jadeja, the entire management of CSK got confused this season. He did not know how to move forward under whose leadership. Dhoni first left the command and then got it. The same was the case with Jadeja, who took the captaincy loudly and left the same way with his face hidden. There are high chances that Ravindra Jadeja will not be given the role of captain again, so the auction will have to see what kind of strategy Chennai Super Kings come up with.

Kane Williamson, who came to take over in place of David Warner, looked very bad. This player himself could not show amazing in batting and also looked tired in captaincy. Although this team performed very well in the middle when Umran Malik emerged and he also won five matches in a row, but before that too he had lost two matches in a row and later also he lost a lot of matches due to which he got eighth place in the points table. .

Did not understand the ball, nor the captaincy

Sunrisers Hyderabad did not appear to progress to the playoffs at any stage, losing eight matches and winning only six matches. Kane Williamson did not manage to motivate his team at all and he proved that he would not lead even as a batsman by scoring 216 runs in 13 matches at an average of 19.64. His strike rate of 93.5 did the right thing. In the coming season, Sunrisers Hyderabad will probably think of bringing in another captain.

5 Indian players whose Test career is almost over