New cases of corona continue to decline in the country, 1761 new cases in last 24 hours
Advertisement 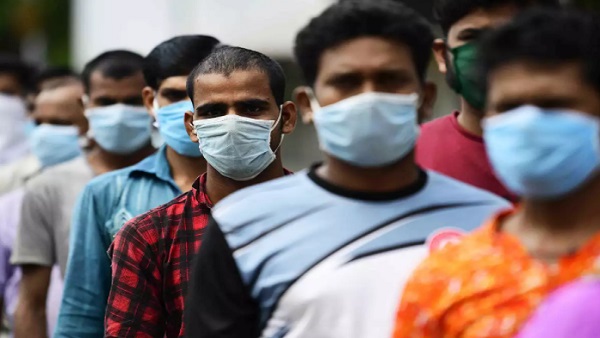 New Delhi, March 20.
The speed of corona in the country is gradually decreasing. According to the latest figures released by the Ministry of Health, 1761 new cases of corona have been reported in the last 24 hours while 127 people have died. The good thing is that the way corona cases are increasing in China and many countries of Europe, its effect is not being seen in India. At present, now only 26249 active cases of corona are left in the country.

The way in which there is a continuous decrease in the cases of corona in the country, its important budget is also corona vaccination and daily corona testing. Till March 19, corona test of 782660658 samples has been done in the country. On March 19, 431973 samples were tested. On the other hand, if we talk about the corona vaccination campaign in the country, so far 181.19 crore vaccine doses have been given to the people. Talking about 12-14 year old children, more than 16 vaccine doses have been administered.

PM Kishida made a big statement about Ukraine in front of PM Modi, said – Japan will continue to help