Nikhat Zareen: Do you know the meaning of 'Nikhat' and 'Zareen'? Gold spreads fragrance by winning gold
Advertisement 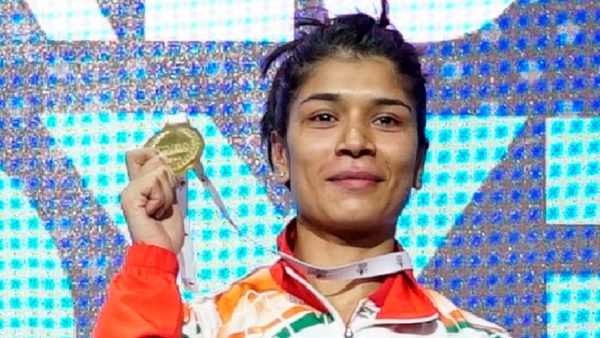 Let us tell you that Nikhat won the gold medal in the 52kg category of the IBA Women’s World Championship by defeating Jitpong Jutamas of Thailand 5-0. After this victory, there is an influx of people congratulating Nikhat. On social media, people are giving their heartfelt prayers to this dear daughter of India. Meanwhile, a very beautiful thing has also come to the fore, in fact people on social media have also mentioned about the name of ‘Nikhat Zareen’ and told them according to their name.

‘Nikhat’ is a Sufi word

Actually ‘Nikhat’ is a Sufi word which means ‘Fragrance‘, ‘fragrance’ or ‘smelling’ while ‘Zareen’ is meant ‘Swarna means gold’ That’s why people have told Nikhat according to their name because today a ‘gold’ has spread the fragrance of victory by winning ‘gold’, on which every Indian is proud.

Let us tell you that 25-year-old Nikhat Zareen was born on 14 June 1996 in Nizamabad, Telangana. Nikhat, who has boxed since the age of 13, considers her idol icon Mary Kom, she has two elder sisters who are doctors.

You will be surprised to know that Nikhat got the basic education of boxing from his father Muhammad Jameel Ahmed. At the age of just 15, Nikhat had won India’s first international medal.

Never got a chance to play in the World Boxing Championship due to Mary Kom, now history is won by winning gold