Nisha's explosive revelation in Lock Up, even after marrying Karan...
Advertisement 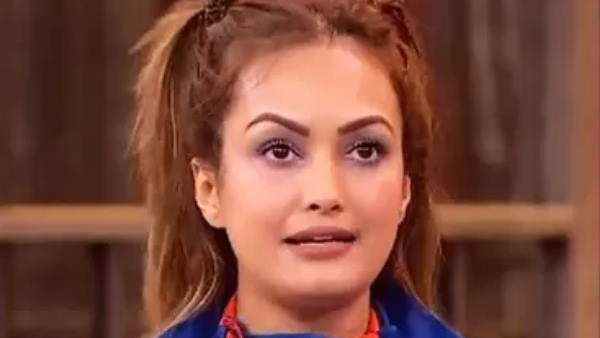 kiss someone else after marriage

Nisha, while revealing about her life in Sunday’s episode, said that even after getting married to Karan Mehra, she used to be attracted to other men. He had kissed a person. She was in marriage with Karan when this happened.

was in shock after the miscarriage

Nisha Rawal told that after two years of marriage with Karan Mehra, I had a miscarriage in 2014, after the miscarriage, I started living in shock. As a woman, I was facing many things. At that time I was abused many times but being a public figure, I could not tell all this to anyone.

Nisha further told that in this bad phase mentally and physically, in 2015, I met an old friend of mine. After that I started meeting him often. During this time I had come close to my friend because when I was feeling lack of support then he supported me. Then one day I kissed my friend. After a few days, I also decided to end the marriage.

Controversial things are happening continuously in the show

This reality show named Lockup is being shown on the OTT platform MX Player and Alt Balaji. The show initially had a total of 16 contestants, who will be locked in a lockdown for 72 days. The show is produced by Ekta Kapoor and hosted by Kangana Ranaut.

Soon Moon and Mars will also get high-speed internet facility! Learn how it will be possible