'No factionalism in Congress, people are flocking to our party', Hooda on coronation of new state president
Advertisement 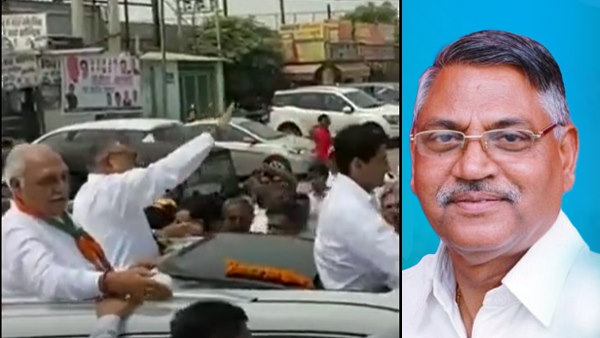 Hooda said – people’s eyes are on our party

A large number of supporters are present in this convoy. On this occasion, former Haryana Chief Minister Bhupinder Singh Hooda said, “As people from all walks of life are coming, it is clear that people are looking only towards Congress.” Hooda said that we are all Congressmen and there is no factionalism in Congress.

A Haryana Congress leader told that, Udaybhan’s convoy will reach the Congress party office at 4 pm. For this, the road show started today from Kundli border of Delhi, which will reach the state office in Sector-9, Chandigarh, passing through the districts of GT Road belt. During this roadshow, the state president and former chief minister will be honored at about 21 places. A message has been given to the workers and MLAs to come. At the same time, Shruti Chaudhary will not attend the Chandigarh program due to Kovid.

The state president was announced on 27 April.

It is known that the Hooda side has also shown its power. At the same time, the new state president Bhan along with MP Deepender Hooda had also offered prayers at the Banke Bihari temple in Vrindavan yesterday. On April 27, the announcement was made to make Udaybhan the state president.

Maharashtra Loudspeaker Row: Raj Thackeray remembered Balasaheb, tweeted the video of the statement on the loudspeaker