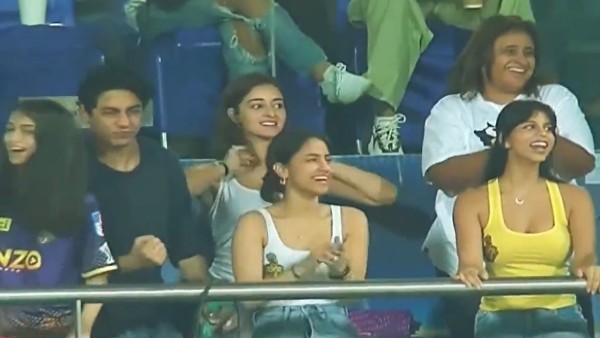 Best wishes to the whole team

He also wished the entire team all the best after the exciting match. Shah Rukh wrote, “Welcome to my friend Russell 12A Ever since seen the ball fly so high!!! Jab u hit man! And Umesh wow! Well done Shreyas Iyer and team. Happy night boys.”

Cheering at the stand of Wankhede

This has come to the fore after pictures of Aryan Khan, Suhana Khan, Ananya Panday and AbRam cheering at the Wankhede stand went viral on social media. Fan clubs shared pictures of the kids on social media and they all started trending.

Suhana had also shared a cute picture of little AbRam praying for KKR’s victory at the stadium.

did not appear in the field

Significantly, Shahrukh Khan did not appear in the field during this time and the reason for this is that he is constantly busy with his film Pathan and is shooting for it in Spain. A few days ago news came that the Spain schedule of this film is now nearing completion and he will return home very soon.

Deepika Padukone and John Abraham are going to be seen with Shahrukh Khan in Pathan. Actor John Abraham will be seen playing a negative role in this film.

Alia Bhatt broke silence on the news of displeasure with SS Rajamouli, said this thing!