Not only the captain, but the coach also created history, great surma could not do amazing things like Ashish Nehra
Advertisement 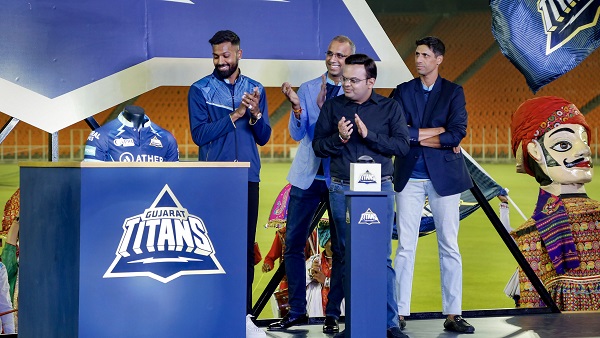 The record-making list of this team is not short as Gujarat Titans head coach and former India fast bowler Ashish Nehra also created history on Sunday. Nehra has become the first Indian to win a trophy in the Indian Premier League as head coach. See today, Hardik was also playing the first season as captain and Nehra was also associated with this team as head coach for the first time, both of which have created history. Nehra’s team defeated Rajasthan Royals badly in the IPL 2022 final match at Narendra Modi Stadium in Ahmedabad.

Exactly 6 years ago, Ashish won the title on 29th May only.

The funny thing is, just 6 years before May 29, Ashish also won his first IPL title as a player. Then David Warner used to be the captain of Sunrisers Hyderabad and Ashish Nehra was a member of that team, so history as well as statistics have repeated their history. Nehra has become one of the few IPL personalities who have won the IPL title as a player and captain. This list includes former great players like Ricky Ponting and so on.

No Indian coach could do the job like Nehra

No Indian coach had won the IPL trophy before the final on Sunday. Although Mumbai Indians won the IPL trophy in 2013 under Anil Kumble’s mentorship, they could not repeat the feat as the head coach of Punjab. History continued to repeat itself as the pair of Nehra and Kirsten met once again. Both of them worked in the Royal Challengers Bangalore season in 2019. Then Gary Kirsten was the head coach and Ashish Nehra was the bowling coach.

After that season both of them were dropped and now they are back in the team of Gujarat Titans. However, now it has returned in different roles. While Nehra is now the head coach, Gary Kirsten is the mentor. Talking about the Titans’ win, mentor Gary Kirsten said that he has enjoyed working with Nehra and Nehra creates his on-field strategies very well. Christian said, I am very happy to work with Ashish, he is very strong strategically. When the match is going on then suddenly it is not so easy to strategize. So many things keep happening in every single match.

Also, Gujarat also became the second team after Chennai Super Kings to win an IPL final in front of their home audience. Hosting over 1 lakh spectators for the final, the Narendra Modi Stadium was buzzing on Sunday. When Shubman Gill hit the winning six, the crowd cheered as Gujarat chased down the target of 131 runs in just 18.1 overs.

New heroes continue to meet with every match

It was the Gujarat bowlers who kept Rajasthan Royals tied on Sunday as Hardik Pandya took 3 wickets from the front and GT continued to find new heroes with every match. This performance of GT is similar to that of RR itself in 2008.

Nehra and Hardik’s jugalbandi after the victory was like this

As usual after the win, Hardik and Nehra remained calm and the rest of Gujarat Titans stormed the pitch to celebrate the historic win. With this his dream-like season came true with amazing reality. Now waiting for the next IPL.