Nothing Phone (1) will be launched on this day to compete with iPhone, date revealed
Advertisement 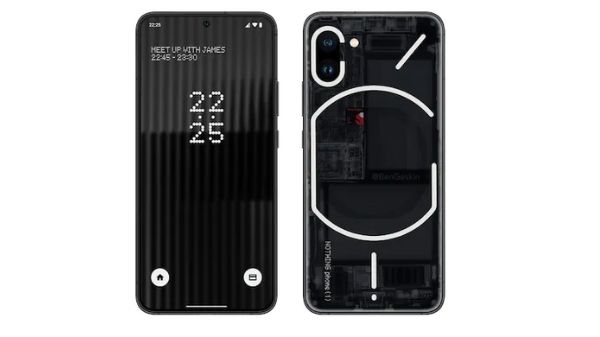 Nothing Phone (1) will launch on this day, Carl Pei announces

When a user on Twitter asked when the Nothing Phone (1) would launch, Carl Pei replied “6/9 at 4:20 pm.” This will happen on June 9 at 4:20 pm as per the US date format. Thus some Twitter users are taking this date seriously and some are calling it a joke. Although the company has not officially announced the launch date.

Notably, the Nothing Phone (1) is confirmed to launch during the summer this year. The skeptics behind the launch date is that Carl Pei usually likes to discuss about the launch date to bring in the hype, but such a simple disclosure would be surprising for the users query.

Estimated Specs of Nothing Phone (1)

According to recent leaks, the Nothing Phone (1) will sport a 6.43-inch FHD+ AMOLED display, 90Hz refresh rate and HDR10+. The phone could be powered by Qualcomm Snapdragon 778G processor paired with Adreno 642 GPU. The chipset will be equipped with 8GB of RAM and 128GB of storage. While the phone will get a 4,500mAh battery and will support wireless charging technology.

Key Specifications of Nothing Phone (1)

– Android 12-based Nothing OS

On the other hand, if we talk about the camera department, then triple camera setup can be found in the back side i.e. rear in Nothing Phone (1), which has 50MP primary sensor, 8MP secondary sensor and third 2MP sensor. So it is expected to get a 32MP snapper on the front for selfie and video chat.

Although Nothing Phone company has not given any official features and specs information about this first smart phone. Apart from this, it remains to be seen how much competition it will give to the iPhone as the founder said in March that Nothing Phone (1) could give a tough competition to Apple’s iPhone.

Your smartphone is not even charging in summer, so do 100% charge with this jugaad

Security Tips: Keep these things in mind, so virus will never come in your smartphone