Now the box office collection of Indian films is not affected by the magic of IPL, what is the reason?
Advertisement 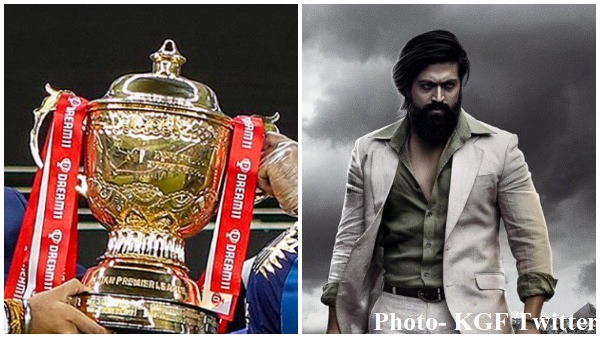 Box office collections of films are no longer afraid of IPL

The first season went with a bang. It was a new thrill to see the local talent perform in nail-biting contests. T20 was the new format of cricket which was being taken hand-in-hand. People come at any cost to see players like Sachin Tendulkar, Sanath Jayasuriya, Virender Sehwag, Rahul Dravid, David Warner. It was a pleasant experience watching foreign players in India‘s domestic tournaments.

Were afraid to release movies during IPL days.

Indian spectators used to fill the stadium and were glued to the TV, later on laptops and mobiles also started playing IPL matches. The condition used to be that in the month of April-May, the fever of IPL used to grip people so much that the producers started avoiding putting any big film in theaters these days.

All these things didn’t last long

However, all these things did not last long as IPL started bringing controversy along with popularity. Harbhajan Singh-Sreesanth’s slap took place which created a lot of unwanted controversy, spot-fixing shook the confidence of the viewers from this league. The public also did not like Shahrukh Khan getting messed up at the Wankhede Stadium, many more untoward incidents happened and IPL was no longer a question of life and death for the people. However the passion for the competition did not diminish at any level.

Interest in IPL is less than before

But it is true that now T20 cricket was spreading rapidly at the international level. People’s interest in IPL is definitely less than before. From above the league would prove to be so long that the spectators would get bored as they progressed to the final stages of the competition. Later, on the lines of IPL, many countries also announced their own T20 leagues. All these leagues were being broadcast in India along with their matches.

Now talking about the latest season of IPL, TV viewers have been less than before. Even though people still discuss about every match on social media, but the craze is not like the first. Due to Kovid-19, the latest season has been done within 6 months. This is nothing less than an overdose of IPL. Last year after the second phase of the IPL, the T20 World Cup was held. That too was a very long tournament, India was knocked out from there in the league stage itself, which is proving that IPL alone does not guarantee Indian team dominance in T20.

Talking about the latest cinema, films like KGF 2 and Triple R have proved to be super hits by coming in the month of IPL. Talking about Bahubali 2, this movie was also released in the month of April-May which is the month of IPL. KGF 2 has broken many records, Triple R has also got a lot of success. All these are films released all over India, which IPL has proved to fail to impress, Triple R has earned Rs 1100 crores at the global box office, while Yash’s movie KGF Chapter 2 has Rs 600 crores in 5 days in the global market. Has beaten.

IPL 2022: Punjab Kings were battered by Delhi’s strong bowling, piled up for 115 runs

Wimbledon bans tennis players from Russia and Belarus, decision taken due to war