Nupur Sharma is also being discussed in Pakistan, people are saying about the sacrilege of the Prophet
Advertisement 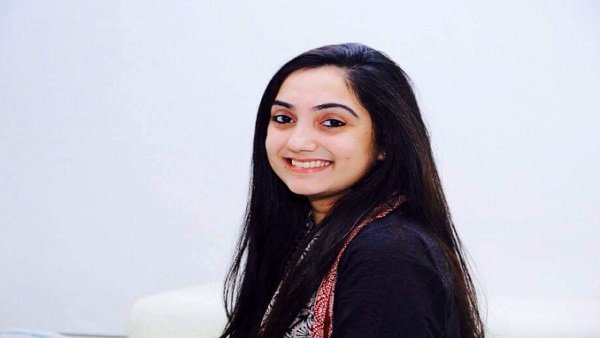 Earlier, Raza Academy had launched a campaign to arrest Nupur Sharma by tweeting. He had run the tag #ArrestNupurSharma and appealed to the people to register their protest with this hashtag in maximum numbers.

He had tweeted, “Arrest Nupur Sharma, who flaunts the glory of the prophet.” Apart from this, it has also been told by tweeting from Tipu Sultan Party of Maharashtra that a case has been registered against Nupur Sharma.

The hashtag run about the arrest of Nupur Sharma was the top trend in India on Saturday, but in India’s neighboring country Pakistan, it remains in trend on Saturday as well as on Sunday. In Pakistan too, people are tweeting with the same hashtag. A Twitter user named Jahangir Khan has tweeted with the same hashtag. He wrote, “This Islamophobic woman should be arrested, she insulted our Prophet. All Muslim countries should boycott India.”

A user named Asif tweeted- “This is not the right to freedom of expression. The spokesperson of the ruling party of India has directly insulted the Prophet Muhammad. By making this statement, she made fun of the feelings and respect of Muslims around the world. has flown.” Another Twitter user named Sani has also demanded the arrest of Nupur Sharma.

The #ArrestNupurSharma trend in Pakistan remains in the top trends for the second consecutive day. So far about 354 thousand tweets have been done with this hashtag.

Nupur Sharma participated in a panel of Times Now. This debate was being done regarding the Gyanvapi Masjid dispute. Nupur Sharma said something when it was her turn, which sparked a controversy. Nupur is accused of making objectionable remarks on Prophet Muhammad and action is being demanded against him. However, Nupur claims that her statement has been distorted. He has also claimed that he and his family are receiving death threats from Islamic fundamentalists. Nupur Sharma has also informed Delhi Police on Friday evening through Twitter about the threatening messages she is receiving.

He wrote on Twitter, “My family and I are constantly receiving death threats and beheadings. All this because of @zoo_bear’s (Muhammad Zubair’s Twitter account) efforts to foment communal sentiments and create a fake story and create a fake atmosphere. It’s going on. Attaching some pictures. Please take note.” Mohammad Zubair is a journalist by profession, who has also been the co-founder of the fact checking website Alt News.

Talking to news agency ANI, Nupur Sharma claimed that Mohammad Zubair, who calls himself a fact checker, has created a dirty atmosphere against me by posting arbitrarily edited videos of one of my TV debates. And since then I and my family members have been receiving death threats and rape threats. Twitter seems to be divided into two factions on this matter.

Both the sides have their arguments but with the registration of the FIR, this matter has now taken a legal form. However, he has not been arrested yet.

Nupur Sharma is the national spokesperson of the Bharatiya Janata Party. In the 2015 assembly elections, he contested from the New Delhi seat against the incumbent Chief Minister of Delhi, Arvind Kejriwal. However, she could not win the election and was defeated by a huge margin. Nupur is also a member of the State Executive Committee in Delhi BJP. He is also a well-known face of the Bharatiya Janata Party’s youth-wing Bharatiya Janata Yuva Morcha. Nupur Sharma was born on 23 April 1985. He has completed his schooling from Delhi Public School located at Mathura Road, Delhi. He has completed his graduation from Hindu College, Delhi. He is a graduate in Economic Honours. In the year 2010, he completed his LLB degree from Law Faculty of Delhi. Nupur Sharma has done LLM from London School of Economics. She belongs to a diplomatic and business family.

Nupur Sharma has been active in politics since college days. She became the President of DUSU (Delhi University Students’ Union) by contesting the ticket of Akhil Bharatiya Vidyarthi Parishad. After that she became actively involved in national level politics. She started politics by staying in BJP and has held various positions till now.

PM KISAN: 2 thousand rupees will come soon in the account of farmers, just do this important work before May 31