On attachment of properties on behalf of ED, Sanjay Raut said - shoot me or send me to jail...
Advertisement 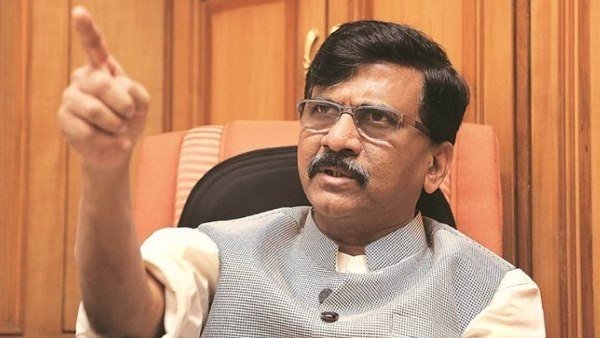 Mumbai, April 05: The Enforcement Directorate (ED) on Tuesday attached Sanjay Raut’s properties. Shiv Sena MP is quite shocked on this action of ED and he said that he is not afraid of anyone and truth will win.

I am not the one who would be scared. Seize my property, shoot me, or send me to jail. Sanjay Raut is a follower of Balasaheb Thackeray and a Shiv Sainik, he will fight and expose everyone. I’m not the one to shut up, let them dance. Truth will prevail.

Let us tell you that the ED has attached the Alibaug property and another flat of Shiv Sena leader and Rajya Sabha MP Sanjay Raut, taking major action on corruption charges. The ED attached eight land parcels in Alibaug and a flat in Mumbai’s Dadar belonging to Sanjay Raut and his family in the Rs 1,034-crore Patra Chawl land scam case.

The Union Territory probe agency has attached Raut’s properties in connection with his alleged involvement in a money laundering case related to the land scam related to the redevelopment of Patra Chawl in Mumbai. The ED has issued a provisional attachment under the Prevention of Money Laundering Act (PMLA) to freeze the plot and the flat. Earlier in February, the ED had arrested Maharashtra businessman Pravin Raut in this case and later filed a charge sheet.

Significantly, the ED has also taken action against the Minister of Health, Satyendar Jain, in the Aam Aadmi Party government of Delhi. ED has attached assets worth Rs 4.81 crore of Satyendar Jain’s family.