Once won the gold medal at the state level, now the delivery boy made for Zomato
Advertisement 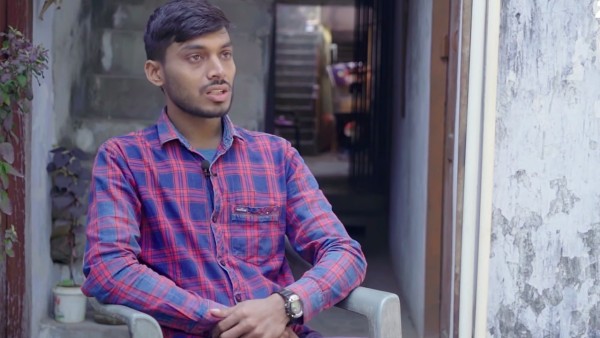 new Delhi. Talking about the Indian sports world, it is full of many such athletes who have come a difficult journey and despite lakhs of difficulties, did not give up and made their own identity. Although there are many such athletes who achieved many records in the beginning but due to financial condition they could not give flight to their dreams. Food delivery company ZOMATO has also shared a similar emotional video from its official YouTube channel, in which a state-level champion athlete has started the work of a food delivery boy.

Mukesh Kumar, who hails from Vaishali district of Bihar, has told in this video how he is trying to fulfill his sister and her dream while working as a food delivery boy. Mukesh Kumar has told in this video how he won 4 gold medals in the field of athletics during his school days and impressed by this, his teachers encouraged him to say that he would do well in future.

In the video, Mukesh said, ‘I am an athlete of 400 meters race who has won gold medal in state level championship. I had participated in National Level Athletics Championship held in Visakhapatnam but I could not perform well and finished fourth. Due to this I became a victim of depression and I started feeling that I will never be able to win anymore.

Giving further information, Mukesh said that in this difficult period, his teachers supported him a lot and explained that even if you have to face defeat today, but one day you will definitely get victory. Due to the encouragement of the teachers, Mukesh started training again and continued the practice at Ganga Ghat during the time of Kovid.

During this, Mukesh Kumar also informed about his financial condition and told that his father is a small farmer whose earning is very less. He helps them but that is not enough. In such a situation, when a friend of Mukesh suggested him a way to earn money by becoming a delivery boy, he joined Zomato. Mukesh told that when he got the money for the first time from Zomato, he had bought shoes for his sister.

It is worth noting that Mukesh’s sister is also a state level champion and she wants to continue her practice and fulfill her dream of winning gold medal at national and international level for the country. Mukesh told the same to his dream and said that with Zomato, he is working on making it a reality.

IPL 2022: Take heart! This time the beautiful face will be seen in the anchoring of IPL, which was missing for 2 years