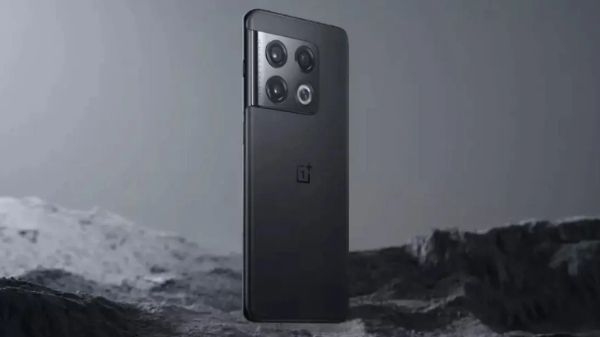 OnePlus is today launching the next-gen flagship OnePlus 10 Pro in India. Also, the brand is also bringing the Bullets Wireless Z successor named as the OnePlus Bullets Wireless Z2 and Radiant Silver color to the Buds Pro. OnePlus 10 Pro was originally launched in China earlier this year. So let’s know about this live event of OnePlus in details and know about the smartphone.

The event in India will begin today (March 31) at 7:30 PM IST and will be live-streamed on the company’s official YouTube channel and other social media handles. If you also want to watch the live stream, you can watch the video below which will start at 7:30 PM.

The brand has already confirmed the design and key specifications of the upcoming OnePlus 10 Pro in India. The smartphone will feature a 6.7-inch Fluid AMOLED panel based on LTPO technology that will offer a dynamic refresh rate of 120Hz. While it will have a 32MP Sony IMX615 front camera sensor with a punch-hole cutout housing.

On the back side, the device will ship with a triple camera system consisting of a 48MP Sony IMX789 primary sensor with OIS, a 50MP Samsung ISOCELL JN1 sensor, and an 8MP telephoto sensor with OIS support. Under the hood, the handset will pack a Snapdragon 8 Gen 1 SoC with 12GB of RAM and 256GB of internal storage.

On the software front, the phone will run Android 12OS and pack a massive 5000mAh battery with support for 80W Super Flash Charge wired charging and 50W Wireless Flash Charge. Talking about other connectivity features, it will get Dolby Atmos, Hi-Res audio, 5G, 4G LTE, Bluetooth 5.2, GPS and an in-display fingerprint sensor.

Now comes the price. So OnePlus has not yet shared any information about the price of this upcoming flagship. However, recently tipster Abhishek Yadav shared the MOP (market operating price) of OnePlus 10 Pro.

Also, the phone will reportedly go on sale for the first time on April 5 via Amazon India and the company’s official website. This smartphone will come in two color options Volcano Black and Emerald Forest. Apart from this, OnePlus is also going to present OnePlus Bullets Wireless Z2 in India this evening, about the price and features of which we will know at the event.

So now it will be seen how much price and with what features OnePlus will launch this upcoming smartphone in India because the company has not given much information yet.

How old is your phone, know in these ways now