'Open the secret rooms of the Taj Mahal and tell what is in it', this actor's demand amidst the controversy
Advertisement 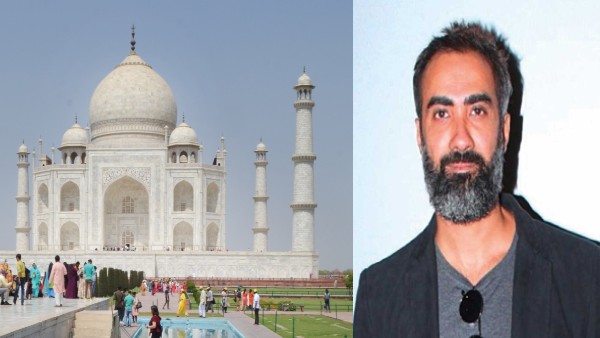 Actually, the Taj Mahal, which is one of the seven wonders of the world, is again in discussions about its old history. A petition was filed in the Allahabad High Court of UP regarding the Taj Mahal. In which a demand has been made to open the closed 22 rooms of the Taj Mahal and get it investigated by the Archaeological Survey of India (ASI).

‘Open them and tell us what’s there?

In such a situation, now Bollywood actor Ranvir Shorey tweeted about opening the rooms of the Taj Mahal, in which he wrote, “Can’t believe that in the 21st century and even after more than 70 years of independence, India is still secret”. There are ‘closed cellar rooms’ national monuments! Please open them and tell us what’s in there? So that we can make movies like Indiana Jones about it.”

Although this tweet of Ranvir Shorey was not liked by many users, after which he trolled the actor fiercely. A user wrote in the comment of the post, “If you are also believing such things then they are stupid. Obviously you are reading all this from WhatsApp University. Tomorrow you will say that the Taj belongs to some Maharaja of Rajasthan.” Another user jokingly wrote that the secret red recipe of RoohAfza is hidden the same. Another user commented that in the 21st century, can’t believe that instead of talking about unemployment and inflation, we are discussing the Taj Mahal.

The petitioner was harassed by the High Court

On Thursday, the petitioner BJP leader Rajneesh Singh was reprimanded by the Lucknow Bench of the Allahabad High Court regarding the Taj Mahal. The court told the petitioner that you go and read history, do research and then come back to the court. Hearing the matter, a bench of Justices DK Upadhyay and Subhash Vidyarthi said that you will start demanding to come to the judge’s chamber tomorrow, what does it mean. Don’t make fun of PIL, its misuse in this way is not okay. First read, when and who built the Taj Mahal. Go to university, do PAD or M Phil then come to court.

What is the controversy related to Taj Mahal, know

Let us tell you that a dispute has been going on for a long time regarding the Taj Mahal. It is claimed that the place where the tomb is now, was earlier a Shiva temple, on which the Taj Mahal has been built. Whose name is called Tejomahal. A petition was also filed in this regard. It is worth noting that the fifth Mughal ruler Shah Jahan built the Taj Mahal in the memory of Begum Mumtaz Mahal in 1631. This tomb was completed in 1653. About 22 thousand laborers had prepared the palace in 22 years.

What did Saba Azad say on the relationship with Hrithik Roshan?