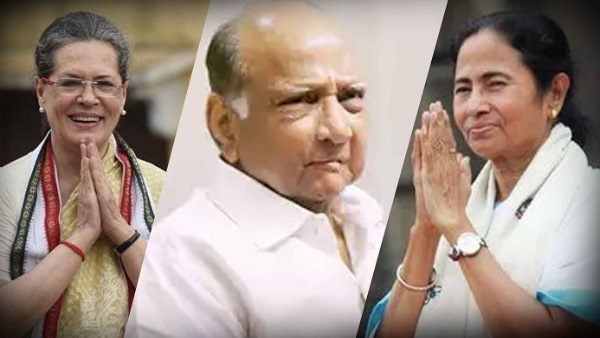 New Delhi, April 16: Thirteen leaders of political parties, including three chief ministers, on Saturday issued a joint appeal against the rising incidents of hate speech and communal violence in some parts of the country and the inaction of the central government, saying that food, clothing, faith, festivals and Attempts are being made to polarize the society in the name of language. Along with this, questions have been raised on the silence of PM Modi.

Sonia Gandhi, Sharad Pawar, Mamata Banerjee, MK Stalin, Hemant Soren, Tejashwi Yadav are among the leaders who have issued joint statements on the increasing incidents of communal violence. Opposition parties have said that they are “upset” that issues like food, faith are being used by the ruling establishment to polarize society. Simultaneously, the opposition parties strongly condemned the recent communal violence, saying that they are shocked by the silence of the Prime Minister on those who spread bigotry and provoke the society.

The statement said that PM Modi has failed to utter a single word against those promoting such a hateful environment. There is nothing visible in their statements or actions, in which the people or organizations who are spreading such violence have been condemned. It is silent witness that such private armed organizations enjoy the protection of power. These parties reiterated their resolve to work collectively for social harmony.

The opposition parties said that we are deeply anguished by the way in which issues related to food, dress, faith, festivals and related are being deliberately used to polarize the society by the faction of the ruling establishment. These leaders claimed that we are very concerned about the increasing incidents of hate speech. It seems that those who speak such language have official protection and no meaningful and strong action is taken against them.

Delhi: BJP expels 4 of its councilors from the party on charges of corruption

Asansol by-polls: Why this record-breaking victory is special for TMC and Shatrughan Sinha