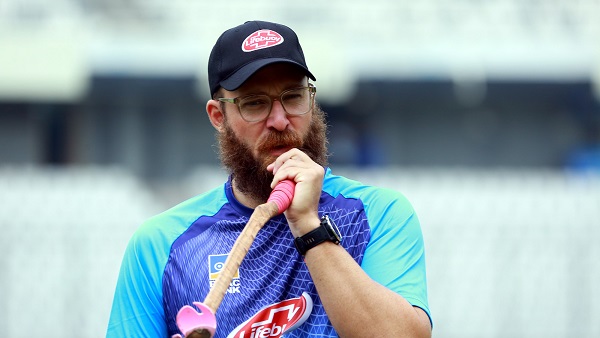 new Delhi. Former New Zealand captain Daniel Vettori has been appointed as Australia’s spin consultant for the white-ball leg of their tour against Pakistan. Cricket Australia confirmed Vettori’s inclusion in the coaching set-up and the 43-year-old will serve as a spin-bowling consultant for the Australian team in Lahore, where he will play three ODIs and one T20I.

Vettori’s most recent international coaching appointment was as spin bowling coach for Bangladesh between 2019 and 2021. Before Australia’s tour of India in 2017, he was also a member of their set-up for a brief period. Ahead of the start of the three-match Test series, Australia had appointed Pakistan-born Australian cricketer Fawad Ahmed as the team’s consultant.

Also read- ‘Doctor used to say to my mother- listen, this will not work’, Akhtar remembers bad days

Vettori has taken 362 Test wickets, 305 ODI wickets and 38 T20I wickets in his international career. He has coaching experience in the shorter formats of the game with Royal Challengers Bangalore and Barbados Royals in the Indian Premier League and Caribbean Premier League respectively. Australia and Pakistan are currently playing the final match of the Test series and will face each other for the next three-match ODI series. So far both the matches played in Rawalpindi and Karachi have been drawn. The third and final game will prove to be the deciding match for this series.

Recently Pakistan’s Interior Minister Sheikh Rashid Ahmed said that after the match was shifted from Rawalpindi, Lahore will now host the series. The action was taken due to the unstable political situation in Pakistan as Prime Minister Imran Khan may face a no-confidence vote at the time of the event, which begins next week.

The final decision will be taken by both the boards, as the government cannot interfere in this matter. The three ODIs are to be played on March 29, March 31 and April 2. After this, the only T20 match is to be held on 5 April. Pakistan also announced the inclusion of leg-spinner Zahid Mahmood in the squad in place of injured left-arm spinner Mohammad Nawaz. Nawaz could not recover from his leg injury during the Pakistan Super League 2022, as a result of which Nawaz was ruled out of the series.

Chris Gayle is the hero of IPL, this record has not been broken since last 9 years

‘Doctor used to tell my mother – listen, this will not work’, Akhtar remembers bad days