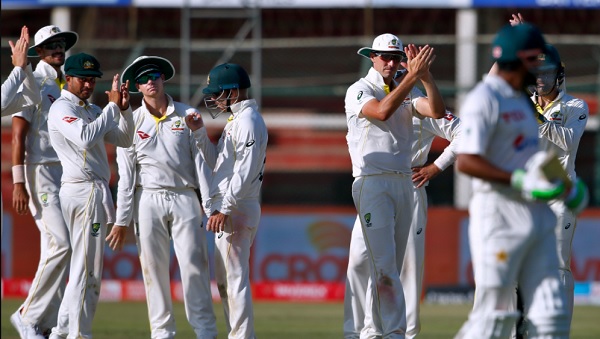 New Delhi, March 20: Australia have announced their squad for the third Test against Pakistan and Josh Hazlewood will be out for the second time in a row as Mitchell Swepson has been named in his place. In this way, this team is the same who came to play in the second test match in Karachi, that match was drawn.

Captain Pat Cummins gave this information on the Australia Cricket website – We are very happy with the playing 11 of the last Test match.

Everyone tried. We gave them a few days so that they can come in a good mood. But no injury worries, everyone is fresh, so we are confident of playing 11.

When there are two fast bowlers, reverse swing becomes a big factor and the way Stork played the last game was terrific. Keeping a player like Josh Hazlewood out will always prove difficult, even Scott Balland. But with Starc we think there are best chances to take 20 wickets.

The three-match series remains tied 0–0 as the first two games in Rawalpindi and Karachi ended in draws. The final test match between Pakistan and Australia will be held in Lahore on March 21.