Panchayat 2: 'Panchayat 2' released two days ago, due to this the first release had to be done ahead of time
Advertisement 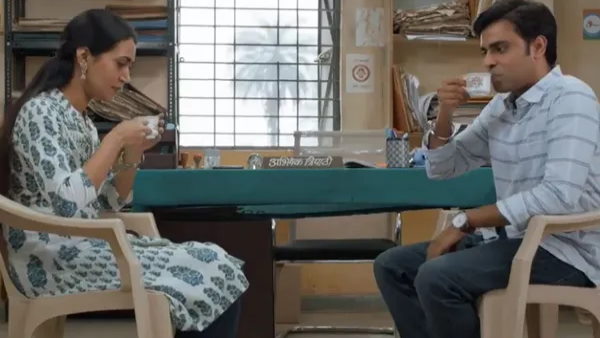 Mumbai, May 19: Fans are eagerly waiting for the second season of Amazon Prime’s most awaited web series ‘Panchayat’. Today his wait is over. This web series was scheduled to release on May 20 but now Amazon Prime Video released it two days ago. The reason behind the release of the series two days ahead of time is being told that the second season was leaked on many social media sites and Telegram. After which the makers took this decision.

Jitendra Kumar, the lead actor of the ‘Panchayat’ series, has shared a picture on social media, in which he has informed about the release of the web series. It can be seen in the picture that ‘Panchayat 2’ is going on on the TV screen installed in the actor’s house. The name of the web series is appearing in big letters on the TV screen. Along with this picture, the actor wrote in the caption, ‘It is live.’

The name of the first episode of the second season of the web series ‘Panchayat’ leaked on Telegram was told by many users. After which the makers decided to make it live two days ahead of time. Now this web series is live on Amazon Prime. There are total eight episodes in the second season of Panchayat. Their names are Naach, Bol Chaal Bandh, Tension, Jaise Ko Tais, Aukaat, Dost Yaar and the name of the last episode is Family. Apart from this, the pirated version of the series was also leaked on many websites.

The first season of Panchayat was released in the year 2020. This season was well liked due to the lockdown. The series also got a rating of 8.8 in IMDB. The series is directed by Deepak Kumar Mishra. Speaking about the reason for keeping ‘Panchayat’, director Deepak Kumar Mishra said that he was given the idea of ​​this title by Jeetendra Kumar i.e. Abhishek Tripathi.

Nawazuddin Siddiqui said at Cannes Film Festival, “There are many stories in our country which…”