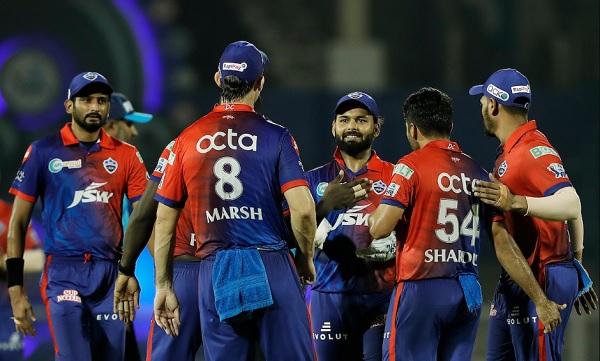 One of the best innings played for Delhi

During this innings, Warner shared a 122-run partnership with Rovman Powley. Powell scored an unbeaten 67 off 35 balls and the Capitals team managed to score 207 runs for the loss of 3 wickets.

Pant said after the match, “The way Warner was batting. This is one of the best innings I’ve seen, played for Delhi.”

Pant also praised Powell and said that we know what he can do, we have backed him and he is scoring runs. We are taking one game at a time and trying to give our 100 per cent. It was a great and important win for us.

After this defeat, opposition captain Kane Williamson said that Warner played a tremendous innings and later Powell showed the flames. It was a matter of learning for all. Umran is looking for a great one. When you play against the best, you learn a lot from him. If we put things together, things change very quickly. Middle order played well. Pooran and Markram have played well. Need to be patient. Every team is strong.

In this match, Umran Malik has become famous by throwing a speed of 157 kilometers per hour. This is the second fastest ball in the history of IPL. The fastest ball was bowled by Australia’s stormtrooper Shaun Tait, who came out with a speed of 157.71 kmph.

But the Hyderabad camp can’t be happy with just the pace as Umran Malik has been badly beaten in the second match in a row and Hyderabad have lost both these games. Indian fans, who are happy to see the speed of Umran, will definitely be disappointed to see this scene. Because without control, speed has no value. This can be understood from the example of the bowler himself who has bowled the fastest bowler in IPL.

Shaun Tait has also achieved a speed of 160 kmph in international cricket but he did not get success like Shoaib Akhtar and Brett Lee. His performances came in pieces.

Warner taught a lesson to SRH by changing the color of the jersey, also took a selfie with Williamson on the go

Everyone knows what happened first, no extra motivation needed – Warner said after winning against SRH