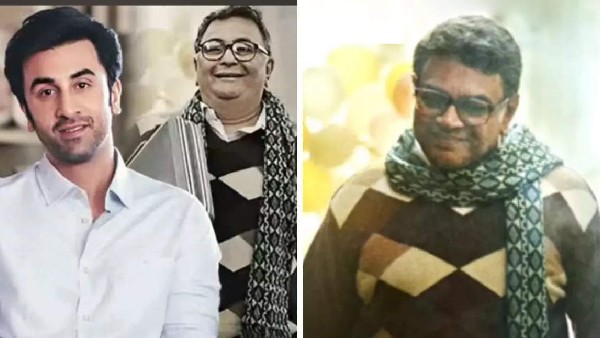 worry about not getting work

Ranbir Kapoor told in this interview that when Rishi Kapoor was undergoing treatment, at that time he was not worried whether he would be able to recover or not. Or when will it be okay? His only concern was that now that he has been labeled as a cancer patient, will he be given any work in Bollywood?

Expectations were from Sharma ji Namkeen

Ranbir also told in this interview that the film of Farhan Akhtar and Ritesh Sidhwani had kept Rishi Kapoor’s courage. After recovering from cancer, he was very excited to work on this film. But as soon as the shooting of the film resumed, everything came to a standstill due to Corona.

was excited about the film

Rishi Kapoor also gave an interview where he looked very happy about his health. Rishi Kapoor said that now I am cancer free. And ready to get back in front of the camera. My battery is fully charged. Just remember how I used to act. The film’s director Hitesh told that Rishi Kapoor was finding the second half of the film weak and advised him to work back on it.

Ranbir wanted to do a film

When Rishi Kapoor died in the middle of the film, there were reports that the film would now be canned but Farhan Akhtar promised to release Rishi Kapoor’s last film after completing it. Ranbir came forward to complete the remaining parts of Rishi Kapoor first. Prosthetic was also used on him but Ranbir did not fit in this role. After this Paresh Rawal agreed to complete the film. Ranbir also thanked him in a video.

Rishi Kapoor was suffering from leukemia. When he was in the hospital, he was offered blood bottles. Once, fearing Neetu Kapoor, he asked if this new blood would end the acting that is in his blood. Rishi Kapoor was afraid that he should not forget to act.

wanted to get well soon

Significantly, Rishi Kapoor’s last innings was very memorable. It started with Imtiaz Ali’s film Love Aaj Kal where he was in a small but very strong role. After this, Rishi Kapoor entertained the audience with films like Mulk, 102 Not Out and Kapoor & Sons. Sharmaji Namkeen is the last episode of his chapter.

Video: Many stars including Aamir, Ranbir, Alia, Kareena came to welcome Rishi Kapoor on screen for the last time