Payal loses her cool after losing Lock Up
Advertisement 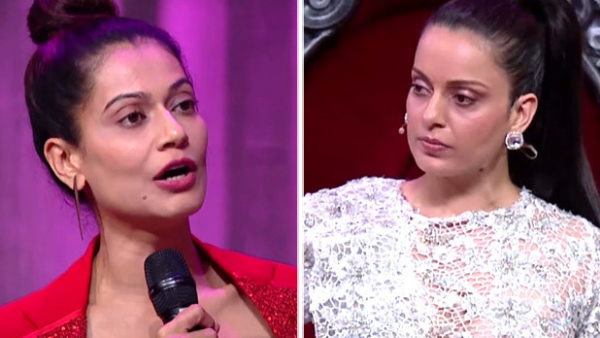 Payal Rohatgi took to her Instagram and took out anger against many people including the lockup winner including Kangana. After the end of the show, Tilmilai Payal Rohatgi has unfollowed Kangana Ranaut. Payal also wrote about Kangana Ranaut attending Arpita Khan’s Eid party. Payal said that Munawwar Farooqui was made the winner of ‘Lockup’ after Kangana met Salman Khan at the Eid party.

Told the show a PR gimmick

Payal Rohatgi wrote on Instagram, “Sad PR gimmick…Used unemployed celebrities to target me. The point is, if they know the lazy winner of ‘Lockup’ and have seen the show called ‘Lockup’, they need to know the meaning of the word payal and badass. This is what Kangana and many A grade celebrities who came as guests on the show told me.

Allegations were also leveled against Salman

Payal further wrote that, perhaps she did not know the meaning of this and Kangana realized it in the middle of the show and on the finale. This meant that the concept of the show was good and hence he made the winner of ‘Lock Up’ by meeting Bigg Boss host (Salman Khan) a week before the finale. Whereas throughout the week, Kangana Ranaut kept saying that the show is not a ‘ghar ghar ki kahani’ type.

Payal also got angry on Munavvar

Payal Rohatgi also targeted Munawwar Farooqui in this post. Without naming Munawwar Farooqui, he further wrote, ‘The one who became the winner had a wife, a child and a girlfriend. Unemployed celebrities found it absolutely real. The one who became the winner used to attack the players mentally. If it’s funny, I feel sorry for all of them. I am unfollowing Kangana Ranaut.

The baddua of Kangana’s film being a flop

Payal finally targeted Kangana’s film and wrote, “Hope her film….” With this Payal Rohatgi has created an upside down emoji. With this she is indicating that the film may flop. In the end, said that before doing stupid things in front of the so-called celebrities media, think about something so that they do not look stupid. Let us inform that standup comedian Munawwar Farooqui was declared the winner in the lockup. Munawar won the trophy after defeating Payal in the final race.

Aashram: ‘Bhopa Swami’ is the owner of so many crores in real life, earlier did not live for food money