People trembled due to teacher's plight, sexually abused many girl students in 30 years, CPM has become a councilor
Advertisement

'When he gets time, he will talk to me'.....Hardik Patel is praising Rahul like this

The common man's power is coming out of rising prices, retail inflation reached a record 7.79 percent in April

AAP wants to control Chandigarh from Punjab, Bhagwant Mann's interference will not be tolerated: BJP 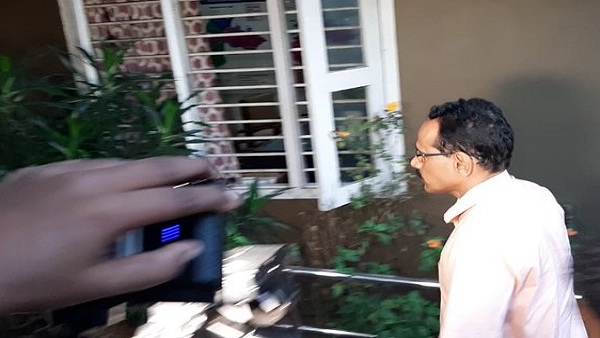 Kerala, May 14:
Such an incident from Malappuram, Kerala, which has forced everyone to think. Hearing the incident, everyone’s hair is getting raised. Everyone is stunned to hear the teacher’s plight. The hearts of the people were shaken to hear such exploits of the teacher. The former teacher is accused of molesting and sexually abusing several students for over 30 years. Police has arrested him and started investigation.

Shashi Kumar is a former teacher and CPIM councillor. He has been arrested under the POCSO Act for molesting students for 30 years. The education minister of the state has ordered an inquiry against him. Police has also started investigating the matter.

The incident came to light when he had put a post on Facebook regarding his retirement. After this a student commented at the bottom of the post, slowly more girl students commented. Seeing the matter increasing, the CPI(M) has suspended him.

‘When he gets time, he will talk to me’…..Hardik Patel is praising Rahul like this