People will again choose their favorite Panch and Sarpanch from the democratic system: Digvijay Chautala
Advertisement 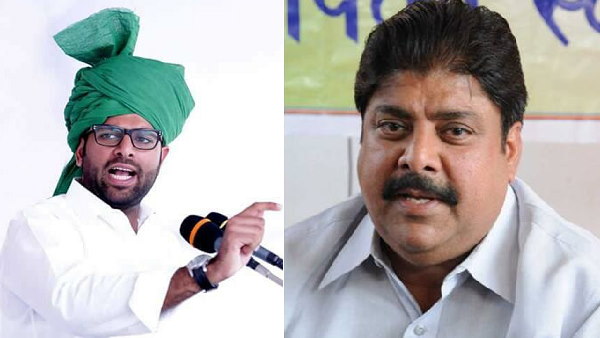 Kurukshetra, 13 May 2022Jannayak Janata Party’s Principal General Secretary Digvijay Chautala said that the court has given its verdict for the election of panchayats and now panchayat elections will be held in the state soon. He said that the people in the state would elect their favorite panch and sarpanch through a democratic system and after the elections, the villages would develop at a faster pace. He was interacting with the journalists on Thursday after listening to public problems by holding Janata Darbars in Kurukshetra and Ambala districts along with Minister of State Anoop Dhanak.

JJP Principal General Secretary said that work is being done in the state through a democratic system and in this democratic system, programs like Janta Darbar have been started to listen to the problems of the people at their doorsteps. He said that the duty which has been imposed on him, that duty is being performed well. Digvijay Chautala said that two Janata Darbars were organized in Kurukshetra and Ambala district in a day and the problems of the people were heard and necessary directions were also given by the Minister of State Anoop Dhanak to the officers of the concerned department to solve the problems in time. Given.

Digvijay Singh Chautala said that when elections are announced in a democratic system, then all the power goes in the hands of the officials. He said that soon for the restoration of this democratic system, elections for Panchayati Raj Institutions would be held in the state and the people of the state would choose their favorite Panch and Sarpanch. Digvijay said that after this the development works being done in the villages would be accelerated.

On the other hand, Haryana Minister of State Anoop Dhanak said that the officers of the state will now have to inculcate the habit of listening to the problems of the people as well as working for the common man. He said that with a view to serve the people of the state, the officers should maintain their mindset and if at any level the common citizen said that the work was not done, then there would be no delay in taking action against the concerned officer as per rules. Anoop Dhanak said that keeping all these aspects in mind, the program like Janata Darbar has been started again from Dharmanagari Kurukshetra.

Revealed by PM Modi – Leader of the opposition said that becoming Prime Minister twice is enough, but he does not know.