'People will start posting nude in the name of fashion', did Rahul Vaidya take a dig at Urfi Javed?
Advertisement 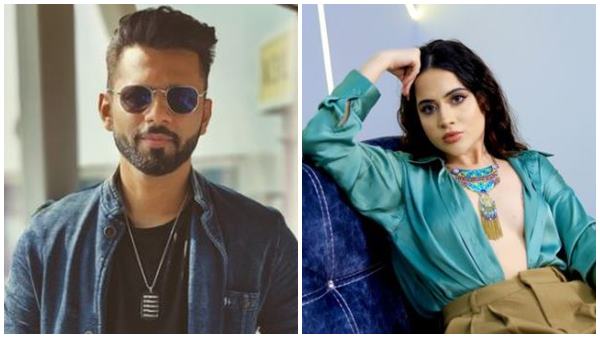 Whose fashion sense did Rahul take a jibe at?

Bollywood’s famous singer Rahul Vaidya is trending a lot on social media these days with his tweet. Actually, he told through his Twitter, how people will start posting nude in the name of fashion in the coming time. However, he did not write anyone’s name on his tweet. But, it is believed that he was referring to Urfi Javed.

Rahul Vaidya posted on his Twitter and wrote, ‘I saw a photo on Instagram today. My wife sent me that picture. And keep in mind my point – in the coming days people will post nude pictures in the name of fashion and trend. Save this tweet as a proof. God bless you.’

At present, this tweet of Rahul Vaidya has created a ruckus on social media. One user wrote, ‘I understand who you are talking about.’ Rahul Vaidya may not have named anyone in this tweet, but the name of Urfi Javed is being discussed among the people. A user replied to Rahul’s tweet, “He is talking about urfi wearing such clothes. Another person wrote, “Sachchi sachi baato aap urfi javed ki pic thi na ???”

Urfi Javed trolls with her outfit

Actually, in the context of Rahul Vaidya’s fashion, users are speculating that, he has done this tweet for alias Javed. Bigg Boss OTT fame, aka Javed is in discussion about his outfit these days in his Instagram. Due to these strange outfits, Urfi Javed becomes a victim of trollers.

Guddu Bhaiya told when the third season of Mirzapur is coming, the fans got excited after seeing the Insta post