Political personalities expressed grief over the killing of Sidhu Moose Wala, raised questions on the law and order of Punjab government
Advertisement 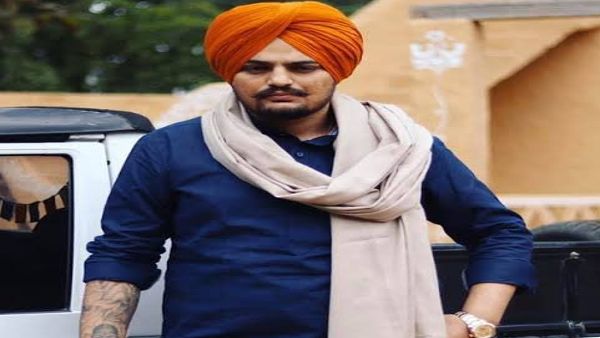 New Delhi, 29 May. The murder of Sidhu Moose Wala has caused a deep blow to the Congress party. Prominent leaders, Congress workers and fans have expressed their condolences to his family. Chief Minister Bhagwant Mann said that he was shocked by this heinous murder. At the same time, former Congress President Rahul Gandhi said, ‘Deeply shocked and saddened by the murder of promising Congress leader and talented artist Sidhu Musewala.

CM Bhagwant Mann tweeted and said, ‘I am shocked and deeply saddened by the heinous murder of Sidhu Musewala. No one involved in this will be spared. My thoughts and prayers are with his family and his fans around the world. I appeal to everyone to remain calm.

Delhi CM Arvind Kejriwal said, ‘Sidhu Moosawala’s murder is unfortunate, I have just spoken to Punjab CM Bhagwant Mann. The culprits will be punished severely. I urge everyone to maintain peace and calm.

Sunil Jakhar, who recently joined the BJP after breaking away from the Congress, has said that the murder of Sidhu Musewala is very shocking. Aam Aadmi Party should be held accountable for tinkering with security issues to get cheap publicity.

Shiromani Akali Dal President Sukhbir Singh Badal said that I am shocked to know about the murder of young Punjabi singer Sidhu Musewala. My condolences to his family and friends. Those responsible should be arrested without delay. This shows the dire law and order situation in Punjab.

Murder of Punjabi Singer and Congress Leader Sidhu Moose Wala Former BJP MLA Manjinder Singh Sirsa has said that the state of anarchy in Punjab is now completely out of control. Targeting the Aam Aadmi Party government, he said that the state government has removed the security of social figures and today’s famous Punjabi singer.

The attack on Singer Moose Wala in Punjab’s Mansa on Saturday came just a day after the Bhagwant Mann government of Punjab withdrew his security. After being shot, he was rushed to Mansa Hospital where doctors declared him brought dead. After the murder of Congress leader and singer Musewala, questions are being raised on the decision of the AAP government to remove VIP security.

On the killing of Punjabi singer Sidhu Moose Wala, Congress leader Jaiveer Shergill wrote in his tweet, ‘The daylight murder shows that the law and order situation in Punjab is crumbling like a pack of cards under the AAP government. Violent clashes in Patiala, attacks on state police and escalation in killings have become business as usual. Since his government came to power, the law and order situation and the peace of Punjab have seen a deterioration. CM Bhagwant Mann should be held responsible for the deteriorating condition of the state. They should pay attention to the problems of Punjab.

Congress released the list of 10 Rajya Sabha candidates, see who got the ticket