Pollard made the Everest of centuries in T20, no player has been able to cross it yet
Advertisement 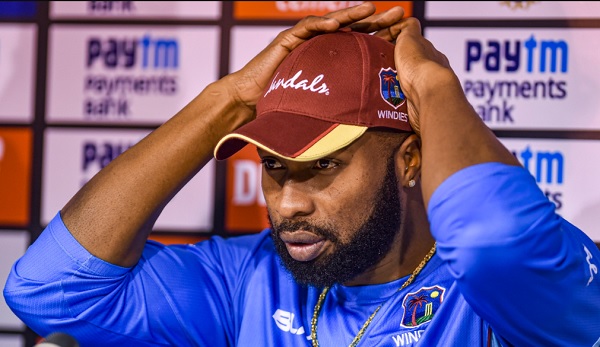 Made his T20 debut in June 2008 and the journey continues

Pollard made his T20 debut in June 2008 and appeared in 101 matches. The 2012 T20 World Cup winner also captained the West Indies in the 2021 T20 World Cup in Oman and the United Arab Emirates (UAE) and retired from international cricket three months later. He is now active in T20 league. Indian people know him more for playing a vital role for Mumbai Indians.

Kieron Pollard is a middle order batsman and finisher who also bowls at medium pace. He scored 1,569 runs at a top score of 75 not out with a strike rate of 135.14 and an average of 25.30, which is the highest score by a West Indian in T20Is in sixth place.

Hitting hard even in the 600th game

In his 600th game, the 35-year-old power-hitter scored an unbeaten 34 off 11 balls with one four and four sixes to take his team to 160 by the end. Pollard came out to bat with 30 balls to spare and ended his innings with two sixes off Netherlands pacer Fred Klaasen in the final over of Spirit’s innings. Earlier, the innings was opened by opener Jack Crawley, who scored 41 off 34 balls, with captain Eoin Morgan scoring 37 off 26 balls.

Manchester Originals opener Philip Salt scored 36 runs in 34 balls. However, none of the other batsmen could cross the 20-run mark, with eight batsmen not even reaching the double-figure mark. As a result, he was dismissed for 108 runs. London Spirit fast bowler Jordan Thompson took four wickets for 21 runs in 20 balls.

Asia Cup: 8 players of PAK squad have played less T20I than Rohit, know how experienced both teams are

CWG 2022: These five soldiers of the Indian Army shine in the Commonwealth Games, winning medals increased the country’s pride