Pooja Hegde got a gift from Salman Khan on the very first day of shooting of Kabhi Eid Kabhi Diwali, see pic
Advertisement 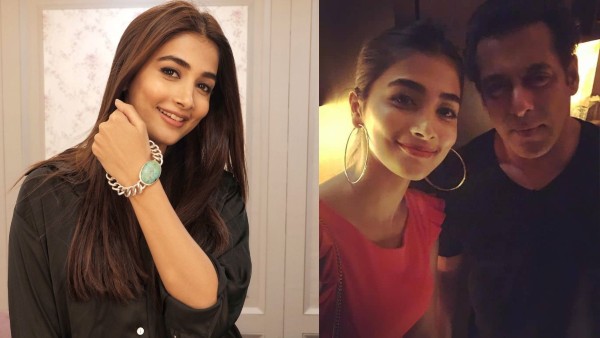 Has shown a glimpse of chemistry

this year is special

This year is very special for Pooja Hegde. His three films in three languages ​​are already being watched by the audience. Pooja Hegde appeared in Radheshyam in Hindi and Telugu. She is seen opposite Prabhas in this film. At the same time, she is seen in Beast with Tamil star Vijay. Apart from this, Chiranjeevi’s Acharya from Pooja Hegde is also winning the hearts of the audience. But the interesting thing is that two of his Hindi films will be released this year. Kabhi Eid Kabhi Diwali is releasing in late 2022 on 30th December.

circus will be seen on christmas

Apart from Kabhi Eid Kabhi Diwali, Pooja Hegde will be seen opposite Ranveer Singh in Rohit Shetty starrer Circus. Recently the first poster of this film has been released. The film is a remake of the famous classic Angoor which is based on Shakespeare’s play Comedy of Errors. This film is releasing on 23rd December 2022 on Christmas.

Pooja Hegde made her debut in 2016 with Ashutosh Gowariker’s film Mohenjo Daro. It was a dream debut for Pooja Hegde as she was seen romancing Hrithik Roshan in her very first Hindi film. However, the film was rejected by both the box office and the audience. After which Pooja had to struggle a bit in the Hindi film industry.

Meanwhile, Pooja Hegde did not break with Tamil and Telugu films and made a comeback with Akshay Kumar’s film Housefull 4. Pooja Hegde’s work in this film was appreciated. At the same time, this film also showed a lot at the box office.

This year, the Hindi audience has once again rejected Pooja Hegde in Prabhas starrer Radhe Shyam. But still Pooja Hegde is ready with her next two Hindi films. She is expected to win the hearts of Hindi audience with Kabhi Eid Kabhi Diwali and Circus.