Poonam Pandey went topless in front of the camera LIVE, fulfilled her promise by taking off her T-shirt
Advertisement 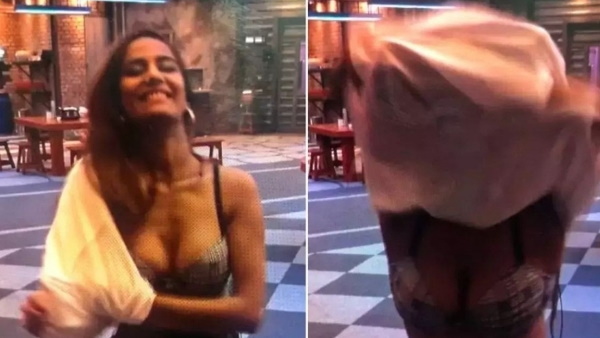 Poonam made this promise when she came in the charge sheet

Poonam’s name appeared in the chartsheet last week, after which she had promised the audience that if they save her by voting more votes, she will take off her T-shirt in front of the camera. After this statement of Poonam, she started trending on social media. After which he got the most votes this week. Poonam also did not lag behind in fulfilling her promise after getting the highest number of votes from the audience.

Undressed in front of the camera LIVE

Said this thing about taking off clothes

Poonam said, ‘Can’t do much. Can’t break the rules. This is a very beautiful platform and many age group people are watching it so I don’t want to do anything that some people may feel bad about it. I also had to fulfill the promise and did not want to cross the limits, so I did it accordingly. For the people for whom I do everything after the show, don’t I… but I will give you entertainment for the whole week. You can expect more than me. So please remember this.

Munavvar advised Poonam on this act

When Poonam Pandey is doing these things while standing in the camera, then Munavvar Farooqui, the other contestant of the show, comes there. On seeing Munavvar, Poonam starts laughing and blushingly says, ‘What happened? Why are you looking like this? I’m not talking to you? On this Munavvar said, ‘Stay in a little limit. In response to which Poonam says that there is no need to tell you, Poonam Pandey’s dignity is made by Poonam Pandey.

Nisha Rawal got evicted from the show

On this bold reply of Poonam, Munavwar replied saying, “My dear sister, brother is uncomfortable, isn’t it?” Poonam told him, whatever things I did for this, take care not to break the dignity. In the last episode of Lockup, the host of the show Kangana Ranaut told that Payal Rohatgi got the least votes this week while Nisha Rawal got evicted from the show. Poonam Pandey got the most votes last week and she escaped from the show. Whereas last week Poonam Pandey had a narrow escape.