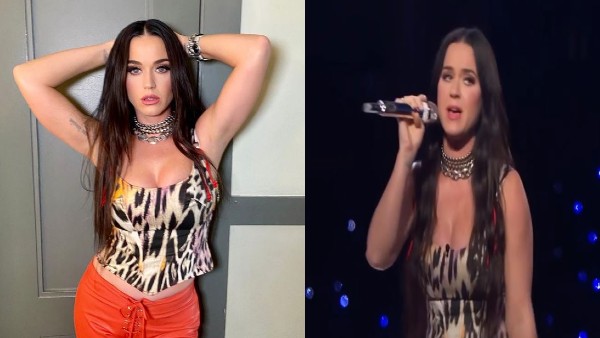 The accident happened on the show of American Idol

Pop singer Katy Perry’s voice is crazy not only in American or Hollywood but all over the world. Katy has a huge fan following all over the world, but recently the celebrity suffered a wardrobe malfunction when she was performing during a live show on American Idol, while singing the song Major Oops fell victim to the moment.

Leather pants torn in the middle of the performance

In fact, during her first thoughtless performance on the American Idol show, Katy had to face embarrassment in a crowded gathering. During the performance, his leather pants got torn from behind. In such a situation, the audience present there was surprised. The 37-year-old pop star was dressed in orange leather pants, while she carried an animal print top over it.

As soon as Katie leaned back and…

Let us tell you that Katy was performing her 2010 hit song ‘Teenage Dream’ with fellow judges Lionel Richie, 75, and Luke Bryan, 45. During this, as soon as she leaned backwards, her fant exploded in front of everyone on the stage. The incident happened on Monday’s episode of American Idol. Although once thought the show was about to end, but it did not happen.

However, as soon as his pants were torn, the performance stopped. Katy then asked for the help of the crew members, who brought them the tapes, from which Katy glued her torn pants and completed her song. Katy has shared its video on her Insta. Let us tell you that the entertainer has been the official judge of American Idol since 2017. (video at the end of the story)

John Abraham said – Going to Kapil’s show does not make the film a hit, given the example of this movie

‘Joke is okay to an extent, but…’, what Salman Khan said on Will Smit’s slap scandal