Power crisis: 'Only 1.5 days of coal left...' Is there going to be an outcry in Maharashtra?
Advertisement 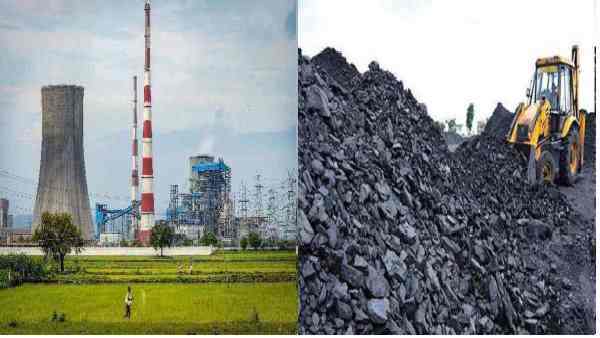 Only 1.5 days of coal is left in some plants: Energy Minister

Maharashtra Energy Minister Nitin Raut on Friday claimed that the state is facing coal and power crisis. He told news agency ANI, “Only 1.5 days coal is left in some plants in Maharashtra, some 3 days and some 6 days coal is left. The state government is working to deal with this crisis. Water Resources Minister has been asked to supply water to generate hydroelectricity. He has said that there is a need to maintain the supply of coal, water and gas to rid Maharashtra of load-shedding.

Preparation for hydropower generation with the charge on the center

Explaining a little more detail about the hydroelectricity he has talked about, he has said, ‘There is 17 thousand million cubic feet (TMC) of water left in Koyna Dam. One TMC is needed to generate electricity every day. Coal, water and gas will be needed if the problem of load-shedding is to be solved. According to the agreement with the Center, they have to provide APM gas to the state government. He alleged that the central government did not provide the required APM gas to the state. He also claimed that ‘Maharashtra government has to provide Rs 2200 crore to the Centre. The central government has asked us to give money first and only then they will provide us with coal.

Cuts started due to power crisis

Earlier, Hindustan Times had reported that power supply in Maharashtra will improve by mid-May when Maharashtra State Power Generation Company Limited (MahaGenco) will import 20 lakh metric tonnes of coal. Presently Maharashtra State Electricity Distribution Company Limited (MSEDCL) is facing power shortage from 2,500 MW to 3,000 MW, due to which power cuts have started. There are some reports that the demand for electricity in Maharashtra has reached a record 28,000 MW, while MSEDCL is able to mobilize only around 24,800 MW.

According to a PTI report, the central government has said that the supply of coal for power generation plants has increased by 24.5 percent in 2021-22 compared to the previous financial year and has reached 677.67 million tonnes. But, based on the data, it is being told that 544.07 metric tonnes of coal was supplied to power stations in FY 2021, which is less than 567.25 metric tonnes of FY 2020. (Photos – Symbolic and File)

Loudspeaker controversy: PFI chief Matin Shekhani said on MNS’s warning, will not leave if you tease