Preparations for major changes in army recruitment, four years of contract service, then 25% will be confirmed - report
Advertisement 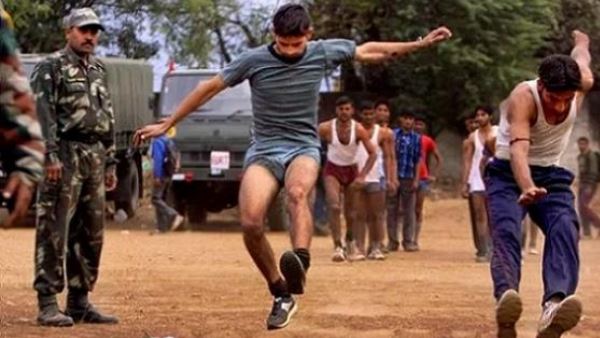 Army recruitment: How will the recruitment process change under Tour of Duty? , oneindia hindi

Plan can be announced anytime

The Indian Express, quoting highly placed sources, has said in its report that the new recruitment scheme can be announced at any time. According to the report, there has been a lot of discussion on the final format of Tour of Duty and some new suggestions have been proposed which are likely to be accepted.

25 percent will be called again

Four years after these soldiers are removed from service, 25 percent of them will be recalled within a period of 30 days and they will be re-admitted to full service from a new date. It may be noted here that his last four years of contractual service will not be counted while determining the pay and pension. By doing this, the government is expected to save a huge amount of money.

Some trades may get discount

Quoting sources, the report further said that although certain trades of soldiers in these three services may be kept in exception, they may be exempted from contractual service of four years due to the technical nature of their job. This can include personnel involved in the Army Medical Corps.

There was also a proposal that technically trained manpower should be recruited directly from the training institutes so that much time is not spent on their technical training. The Army Training Command was given the task of study in this regard but its results are yet to be known.

No recruitment for two years

There has been no recruitment in the army for almost two years, due to which there is a lot of concern among the youth preparing for recruitment. Many youths fear that by the time new recruitment will be announced their age has passed. Due to this, youths have also protested in Haryana and Punjab. Many such cases have also come to the fore in Haryana when youths have taken a dreadful step like suicide in despair due to not being able to join the army and age.

After all, why the case of the film ‘Sholay’ reached the High Court, the court imposed a fine of 25 lakhs

monkeypox: Indian company made RT PCR kit to test monkeypox, result will come in one hour