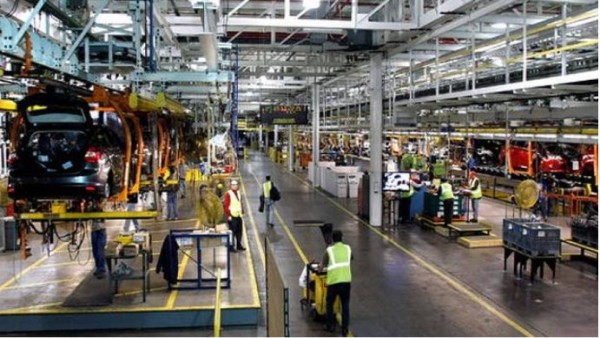 New Delhi, 31 March. India‘s infrastructure industries output grew 5.8 percent in February compared to the same period a year ago. The Ministry of Commerce and Industry gave this information by releasing a figure. Production in eight key infrastructure industries, which account for about 40 per cent of total industrial output – rose 3.3 per cent in January from a year earlier.

Eight core industries growth in February 2022 at 5.8% vs 4.0% month on month: Ministry of Commerce & Industry pic.twitter.com/vBIKzI7iAT

Also read: Oil prices fall after Russia-Ukraine peace talks, know how China’s corona infection became the reason
In fact, coal production increased by 6.6 per cent, natural gas 12.5 per cent, petroleum refinery 8.8 per cent, steel 5.7 per cent, cement 5.0 per cent and electricity by 4.0 per cent in February from a year ago, while crude oil and the production of fertilizers declined by 8.8 per cent and 1.4 per cent, respectively. According to the data, the cumulative growth rate of the Index of Eight Core Industries (ICIs) between April and February 2021-22 was 11% (provisional) over the corresponding period of the previous financial year.

Earnings from cryptocurrencies will be taxed from April 1, how much and how? understand in 10 points