Pujara is happy being out of IPL, told why it was important to play county cricket
Advertisement 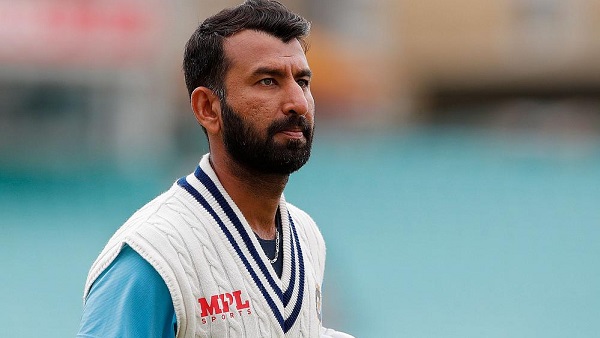 New Delhi. Cheteshwar Pujara returned to the Indian squad for the rescheduled fifth Test against England after a stellar performance in the County Championship 2022. Rahane had to lose his place from the team due to his poor performance in Tests. Then he gave his in the IPL 2022 auction so that a buyer could be found, but it did not happen. After not being sold in the IPL, Pujara has scored 720 runs in five Division Two matches for Sussex, including four centuries.

BCCI offered him and Ajinkya Rahane a central contract a few weeks ago despite poor returns in the last two years for India and asked them to get back into form. Had Pujara been sold in the IPL, he might have remained as a spectator. Pujara also believes so because he knew that even if he was sold, he would not get a mark in the playing XI. According to Pujara, going unsold proved to be the right thing as he has come into the limelight through county cricket.

He revealed how county cricket boosted his confidence. He said that he was always just a big innings away from bringing things back. Pujara told The Indian Express from Paris, “You can say that not playing the IPL proved to be the right thing. If I had been bought by an IPL team, there was no big chance that I would get a match. I am on the field right now. Going and practicing. Practicing in the nets and playing matches is always different. So when it came to county, I just said yes. My main reason for saying yes to county is because I wanted my old rhythm back. “

Pujara further said, “I was positive, there was no doubt about it. The way I have played county cricket, I was hopeful that I would make a comeback in the Indian team. But when I went to play county cricket, that was in my mind.” I didn’t want to make a comeback in the Indian team. I just wanted to find my rhythm and I knew with a big innings I would get my momentum back.

In the last league match of IPL 2022, Umran Malik showed the trailer of fear, South African batter must have been scared