Punishment or posting..., what are the rest of the officers saying on the transfer of the IAS couple who walk the dog
Advertisement 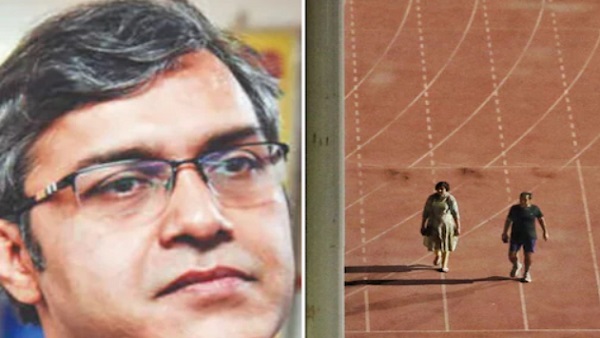 Punishment or posting…what do other officers think?

According to the report published in News18, the former bureaucrats and working officers of the country have doubts about making the transfers of this IAS couple a punishment. In fact, after media reports, the Home Ministry ordered the transfer of Sanjeev Khirwar and his IS wife Rinku Dhugga, which most felt was a “strong message” from the government to the bureaucrats.

A former secretary of the Department of Personnel and Training (DoPT) told News18 that the transfers could not be treated as punishment, even if the incident was true, but it was an unfair abuse of authority.

A former secretary of the Department of Personnel and Training (DoPT) said, “For sentencing, there has to be an inquiry, which is a lengthy process and may take a year or more, which was not the case here. In this instance The government wanted to send a quick and strong message to the bureaucrats, some of whom still maintain a colonial mindset.

On the other hand, former Secretary of Government of India, Anil Swarup said that there is no such thing as punishment for IAS. He said, ‘Every post is important.

‘No rule to transfer husband and wife together…’

Talking about the transfers at the border places, the former bureaucrat said that the only thing that can seem wrong is the posting of the IAS couple at different places. “Though there is no rule that they (couple) have to be posted at the same place, but the government often tries to keep a couple (couple) together. Officers can always represent to the government if they are unhappy with the posting.

Former Secretary to the Government of India, Anil Swarup, who has written several books on civil servants and has been vocal on bureaucratic issues, said, “I have visited Ladakh twice and I found that a lot can be done in that area. Is. So why can’t it be called a punishment but posting?

‘This is not a posting as a punishment, because…’

A senior bureaucrat currently working in his state cadre said that the government has not issued show cause notices to them (Sanjeev Khirwar and Rinku Dhugga) citing violation of conduct rules, so it is not a posting as a punishment. . “However, transfer is not a punishment under any of the rules. Legally, it is a routine administrative process.

‘Transfers are not done on media reports…’

Former Finance Secretary Arvind Mayaram pointed out that transfers are not punishment in itself, but it is the context that makes it punishment. Former Finance Secretary Arvind Mayaram further said, “Now you imagine if these transfers were done on the basis of a newspaper report, then how the transfers were done in such a short time without proper investigation. Though the transfer orders were issued within a short period of time without due scrutiny, it can be seen as a warning.

Ankhphodwa case: When police blinded 33 people by putting acid in their eyes in Bhagalpur

Weather: Relief from heat for the next 5 days in Delhi, heat will not work, know the weather condition of other states