Punjab: AAP's government in question, Vading asked why there was a stony silence on Bhagwant Mann?
Advertisement 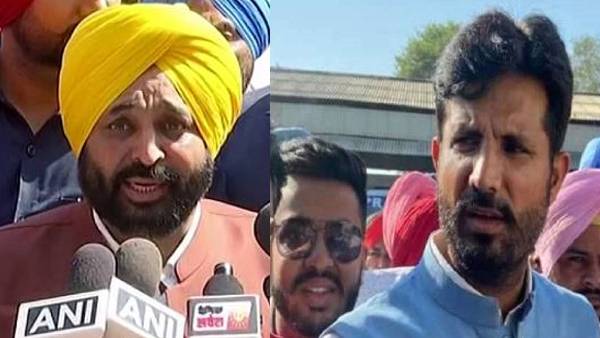 Punjab Congress President Amarinder Singh Raja Vading lashed out at Chief Minister Bhagwant Mann for not congratulating students and teachers on top of Punjab in the National Achievement Survey conducted by the Union Education Ministry in November last year. Questions have been raised on silence. Amarinder Singh Raja Vading said he was shocked at the silence of Chief Minister Bhagwant Singh Mann. While it is a matter of pride for Punjabis. Or else the government is not ready to listen to anything other than the Delhi model, which has fallen on its face in front of the Punjab model.

State Congress President Raja Vading said that keeping silence by the Chief Minister and his party clearly shows that he cannot accept the achievements of the Congress government. Raja Vading said that the government must have suffered a setback. Bhagwant Mann is avoiding claiming the success of the model, which lags behind the Punjab model which has been talking about reforms. Delhi Chief Minister Arvind Kejriwal’s repeated claims about Delhi’s education model have been exposed. Vading appealed to the Chief Minister that being a proud Punjabi, he should not hesitate to applaud the Punjab model. Then wherever he goes including Gujarat or Himachal Pradesh.

Amarinder Singh Raja Vading advised Chief Minister Bhagwant Mann that instead of praising the failed Delhi model of Kejriwal, one should proudly present the success of the Punjab model. He said that we do not expect Chief Minister Bhagwant Mann to accept the achievements of the Congress government in improving the education system in the state. But at least you should have the moral courage to acknowledge the achievements of your Punjabi teachers and students, who have outperformed everyone in Delhi including across the country.

The State Congress President revealed that Punjab has made a record of being on top in the performance of education for two consecutive years during the Congress government. He said that Punjab was the topper in the year 2020 in the Performance Grade Index, while in 2021 it topped the National Achievement Survey and all this happened during the Congress government’s rule. The reality which will not go well with those who always tried to demean the Punjab and Punjab model, so that the model of Delhi can be sold, which does not stand anywhere compared to the existing Punjab model.