Pushkar Singh Dhami is not the only one who took oath even after losing the election. know all these too
Advertisement 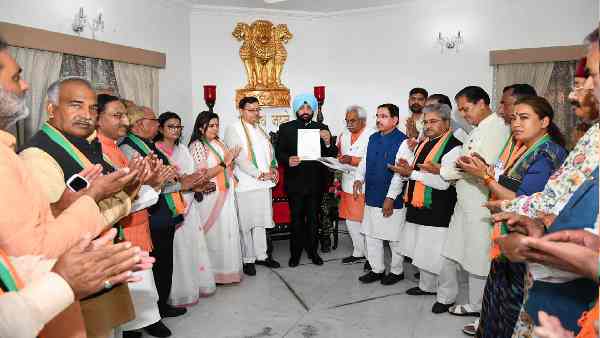 The way BJP has returned to power in Uttarakhand this time with a huge majority, of course, the role of Chief Minister Pushkar Singh Dhami can be considered a big role. The party whose government had to change the CM twice in a few months, got a leadership that proved the multiplication math of many election pundits wrong and played a big role in ensuring the victory of the party. But, Dhami himself would lose the election, which was probably not expected by anyone in the party. There was a general sympathy for Dhami in the party, but the chances of the party re-stamping his name were slim. But, perhaps because of helping the party win a difficult election, the leadership has decided to repose faith in him.

It was only last year that the ruling Trinamool Congress had registered a resounding victory in the West Bengal assembly elections, but party supremo and Chief Minister Mamata Banerjee herself lost the election from Nandigram seat to BJP’s Suvendu Adhikari. But, despite this defeat, Mamta took oath and sat on the CM’s chair and within 6 months entered the assembly after winning the Bhawanipur by-election in Kolkata. In Pushkar Singh Dhami’s case also, he will be required to become a member of the Vidhan Sabha by winning the by-election within 6 months. By the way, Kailash Gahatodi from Champawat seat and Mohan Singh from Jageshwar seat have already offered to give up their seats for him.

What is the difference between Morarji Desai and Dhami’s position?

By the way, a story from the first general election of the country is also very interesting. In 1952, the first assembly elections were held for the Bombay province (later it became Maharashtra and Gujarat). In this election, there were 47 such assembly seats in Bombay province, on which two MLAs were elected. One such seat was Bulsar Chikhli, on which Amul Mangallal Desai became the winner after getting more votes and former Prime Minister Morarji Ranchodji Desai became the winner of the second number. He got 19 votes less than the first number winner. In this way, Morarji Desai got the opportunity to become the Chief Minister of Bombay, despite technically bringing less votes in the same assembly constituency. But, the constitutional position of Dhami and Mamta is completely different.

This trend is visible in BJP since 2014

By the way, BJP has set the trend of making losers prominent leaders as ministers in a way since the 2014 Lok Sabha elections. Late leader Arun Jaitley had lost from Amritsar seat in Punjab to Captain Amarinder Singh and Smriti Irani had lost to Rahul Gandhi in UP’s Amethi seat in her first Lok Sabha election. But, despite this, Prime Minister Narendra Modi made both cabinet ministers and both these leaders became members of parliament through Rajya Sabha, which is constitutionally necessary to be formed within 6 months. The BJP has got 46 seats in the 70-seat Uttarakhand Assembly. But Dhami, who led the party in the state, could not save his seat himself.