Pushpa 2's strong budget, knowing the fees of Allu Arjun will blow your senses, the heaviest fee ever
Advertisement 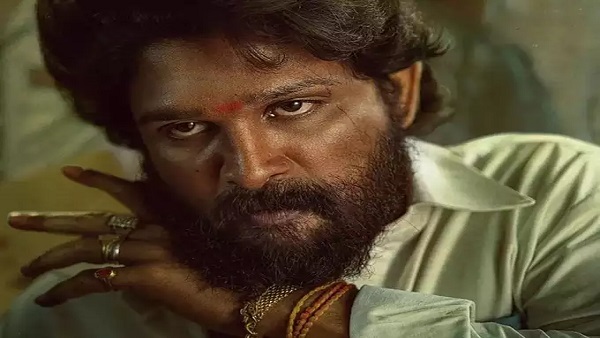 According to the report of India Today, after the success of Pushpa Part 1 and earning a bang, the makers have started preparing for Pushpa: The Rule. Pushpa’s movie earned a lot in the Hindi belt. Now people are waiting for Pushpa 2. In view of this, the makers started work on ‘Pushpa the Rule’. The budget of the film has been increased to 400 crores. The production budget of the film is 200 crores. There are reports of the budget of this film being three times the budget of KGF 2. If we talk about earnings, then Pushpa film earned only Rs 322.6 crores at the domestic box office and more than Rs 184 crores at the foreign box office.

The makers have not only increased the budget of the film but the fees of the actors have also increased. Allu Arjun has taken the highest fee till date for Pushpa: The Rule. After the tremendous success of Pushpa The Rise, there is a tremendous craze in the popularity of Allu Arjun. After the success of Pushpa, Allu Arjun has also increased his fees. If reports are to be believed, Allu Arjan has taken a notional fee of Rs 100 crore for Pushpa 2. This is his highest fee till date.

How much was the budget of Pushpa 1

If we talk about Pushpa’s budget, then the budget of the film was 200-250 crores. Allu Arjun took 35 crores for the film. At the same time, Rashmika Mandanna took a fee of 8 to 10 crores for this film. Samantha Ruth Prabhu, who gave life to the film with the song ‘Oo Antawa’, took 1.5 crores for a song in this film.

when will the movie release

The work on this film has already started. The film will release in December 2023. There are reports that after the success of KGF 2, the makers have decided to change the script of Pushpa 2, but when producer Y Ravi Shankar was talked about this, he denied and said that we have a good script. which does not need to be changed. People are very curious about the film.

‘Selfie does not kill hunger’, if work is not found, actors forced to leave acting and pick up garbage