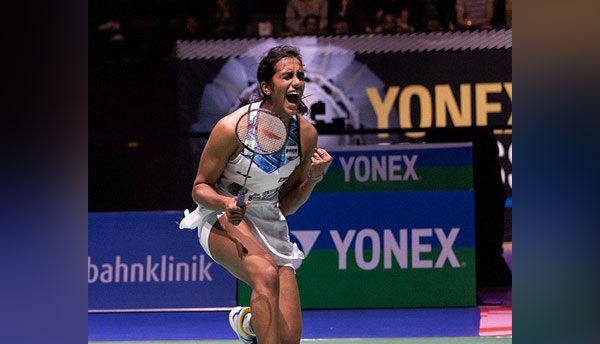 The two-time Olympic medalist Indian defeated Lauren Lam 21-15, 21-14 in a match that lasted 34 minutes.
Sindhu took an 11-6 lead in the first break of the match. After the restart Lam reduced the lead to 16–13, but the 2017 Korea Open champion made a major recovery to finish the game firmly in his favor.

The American did not give Sindhu any easy points in Game 2 as the world No 7 Indian was leading by just one point in the mid-break. PV Sindhu accelerated the game and took six points in a row to take the balanced game at 15-14 in her favor.

Also read- IPL 2022: Dinesh Karthik reminded himself again and again this time, the cricketer inside is still alive

Indian star Sindhu, who has reached the second round of the BWF Super 500 event, will now take on Japan’s Aya Ohori.

Later, former world No. 1 player Kidambi Srikanth defeated Malaysian shuttler Darren Lew 22-20, 21-11 in a match that lasted 40 minutes. Once trailing 15-18, Srikanth bounced back and won the first game 22-20.
Fifth-seeded Srikanth had some trouble getting past Darren Lew in the second game. The Indian shuttler will now face Israel’s Misha Zilberman in the second round.

Earlier, Indian men’s doubles pair MR Arjun/Dhruv Kapila received a walkover in the first round of the men’s doubles event after being knocked out of Ba Da Kim/Hee Young Park in South Korea.

The Indian pair can now come up against Indonesian second seed Mohamed Ahsan/former world champion Hendra Setiawan in the second round.

IPL 2022: The whole cricket world was shocked by this stormy innings, Pat Cummins told who is the most surprised