PV Sindhu rocked the Singapore Open, defeating the Chinese player to win the third title of the year
Advertisement 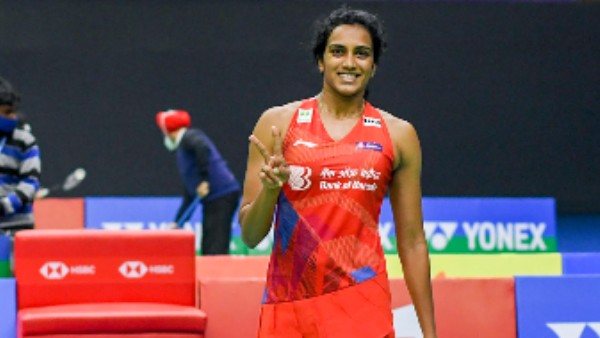 The match lasted for 58 minutes

The final match between Sindhu and Wan Ji Yi lasted for a total of 58 minutes. After a brilliant start in the first set, Sindhu stumbled in the second set. But in the third set, he made a spectacular comeback and won the title.

Second Guess: After falling completely behind in the first game, Wang Yi made a spectacular comeback in the second game. In the opening leg of the second game, he picked up 5 points one after the other. After trailing 0-5, Sindhu did make a comeback, but she could not put pressure on her. The second game was won by Wan Ji Yi 11-21.

third game: Now the final match was on its full adventure.. The match was tied at 1-1. In the third game, there was a tough competition between Sindhu and Vain. She put pressure on Sindhu in the third game as well and took a 2-3 lead, but then the Indian shuttler came back and took a 4-3 lead.

Soon PV Sindhu took a lead of 5 points and the score became 11-6. However, after that he made a comeback and the score came down to 12-10. Sindhu adopted an aggressive approach when the lead fell short and scored 4 points with strong smashes. In the end, the Indian legend won the third game 21-15 to clinch the title.

third title of the year

PV Sindhu has won her third title this year. Prior to this, he had won two Super 300 titles. Sindhu also won the title of Syed Modi International and Swiss Open. She won the women’s singles title by defeating Malvika Bansod 21-13, 21-16 in the final of the Syed Modi tournament.

At the same time, Sindhu defeated Busanan Ongbamrungphan of Thailand 21-16, 21-8 in the final of the Swiss Open.