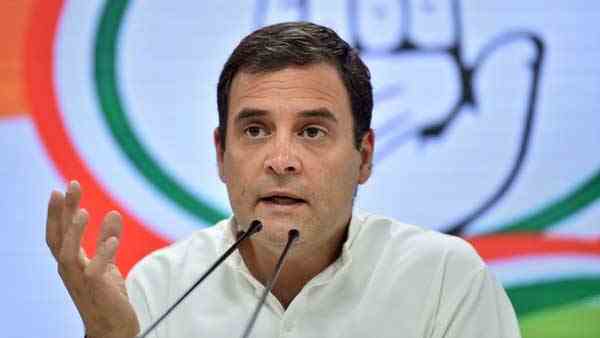 New Delhi. There is a fear of deepening of power crisis in many states of the country. There is a shortage of coal in Punjab and Maharashtra. According to Maharashtra Energy Minister Nitin Raut, only a few days of coal is left in some power generation plants. At the same time, Congress leader Rahul Gandhi has targeted the central government regarding this matter.

Rahul Gandhi tweeted and wrote that India has only 8 days of coal reserves as a result of the big discussion of 8 years. Modi ji, the era of inflation is going on. Small industries will collapse due to power cuts, which will lead to further loss of jobs. Stop the bulldozers of hate and start power plants!

8 years of big talk has resulted in India having ONLY 8 DAYS of coal stocks.

Switch off the bulldozers of hate and switch on the power plants! pic.twitter.com/CiqP9SlHMx

Let us inform that there are reports of electricity demand reaching a record 28,000 MW level in Maharashtra. On the other hand, the state government has also asked the Water Resources Department to start preparations for the alternatives of hydropower, along with alleging that the Center is not getting full cooperation. The state has also prepared to import 20 lakh metric tonnes of coal, but it is still delayed and due to this, people’s troubles have started due to power cuts.

On the occasion of Hanuman Jayanti, violence took place during the Shobha Yatra in Jahangirpuri, Delhi. After this today MCD is going to take action against illegal occupation here. More than 400 security personnel have been deployed here to clear the illegal occupation. But AIMIM Chief Asaduddin Owaisi has called this action of the administration a scathing attack on the BJP.