Rahul, Hardik both made a mistake each in captaincy, Aakash Chopra told where he missed
Advertisement 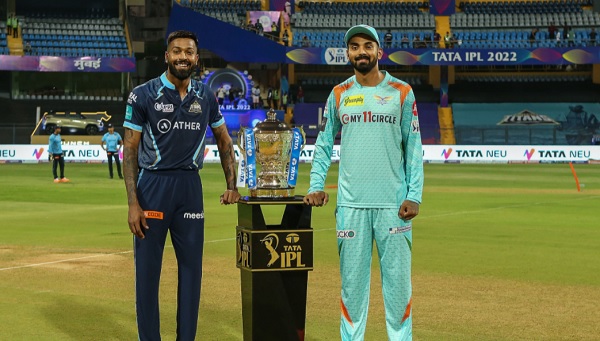 Enthusiasm increased with the arrival of two new teams-

The enthusiasm of the fans with the arrival of two new teams was also worth watching and the fans also welcomed them with a lot of love. Both these teams also did not disappoint the fans as it turned out to be a thorny match where Gujarat Titans were initially looking to win easy but later Lucknow team went ahead as the winners. However, due to the valor of Rahul Teotia, the bet was lost to Titans only.

Both the captains missed the trick-

Aakash Chopra says that Hardik Pandya should have gone with Lockie Ferguson or Mohammed Shami in the final over but he went with Varun Aaron instead, which cost the team a lot of runs. Apart from this, Chopra feels that Rahul also made a mistake in captaincy when he did not bowl the full four overs of the quota to Dushmantha Chamira. Chopra says that small things can make a big difference in a match.

Chopra tweeted, “Aaron bowling the last over. When you have the option of Ferguson and Shami. Chameera was the best bowler of LSG but could not bowl all the overs of Kota, these are the two things that two Couldn’t give advantage to the captains of the new teams.”

Gujarat Titans won amidst all the ups and downs-

Rahul Tewatia’s 40 not out and Abhinav Manohar’s unbeaten 15 runs unbroken partnership put the match completely in the hands of Gujarat Titans. Batting first, Lucknow team scored 158 runs. Man of the match award was given to Mohammed Shami who took 3 wickets for 25 runs in 3 overs.

If RCB becomes champion then this player will be remembered, Kohli told the name

Mark Wood’s elbow surgery was successful, this injury proved to be a big setback for LSG