Rajamouli's RRR earns a bumper at the box office, budget of 400 crores, the most expensive ticket!
Advertisement 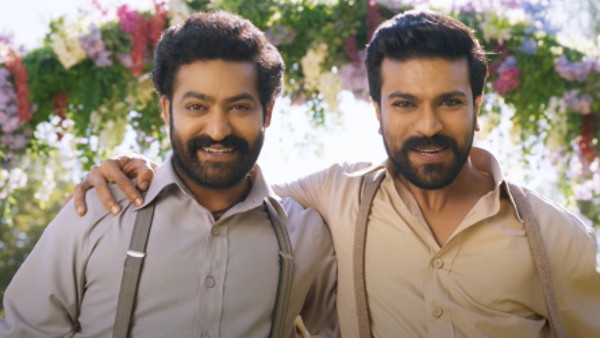 This will be the price of RRR ticket, heavy on the pocket

According to the IANS report, ₹ 70 more will be charged for ordinary seats. For the same special seat, the ticket price can be increased by another Rs 100. ₹ 50 for single screen single screen seats with AC and ₹ 30 more for the next 7 days. Based on this report, overall RRR from March 25 to the first week of April The ticket price will be higher.

The number of shows in the cinema hall was also increased

It is being told that a few days ago, Rajamouli met Andhra Pradesh Chief Minister YS Jagan Mohan Reddy and discussed to increase the ticket price of the film. Rajamouli wants that special benefit should be given to him in this. In such a situation, the Andhra Pradesh government has decided to give more shows in theaters every single day after its release.

Bahubali’s record will be broken, what will happen to RRR

Rajamouli’s Bahubali record is also being speculated to break. According to the report, Bahubali had earned 50 crores on the first day by including the release of all languages. In the Hindi version, the earnings of Bahubali were close to 5.15 crores. On the other hand, Bahubali 2 collected 115 crores in all languages ​​on the first day.

With a budget of around 400 crores, it was also discussed a few days ago that the fees of the actors of the film are also very high. which is not included in the budget. It is worth noting that Alia Bhatt has taken a fee of 9 crores for this film. According to that report, the amount of fees of Ajay Devgan, Jr NTR, Ram Charan is above 30 crores. Apart from this, the news of Jr NTR, Rajamouli getting some percentage in the profit of the film is also coming out.

There will be bumper earnings in South

Let us tell you that the film will be released in Hindi, Tamil, Telugu, Kannada, Malayalam. The film’s earnings are expected to be high among the Hindi audience as well as the South audience. There is a clear reason for this that Jr NTR, Ram Charan is the biggest superstar of South Cinema. After Bahubali, Rajamouli’s name is also enough to take the success of the film up a notch.