Rajat Patidar, who postponed the wedding to win the Eliminator for RCB, remained unsold in the mega auction
Advertisement 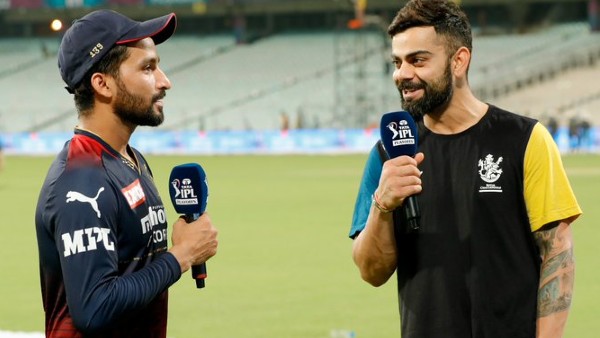 Buyer was not found in mega auction

The surprising thing here was that Rajat Patidar was not playing in the team till this match and he should not have been at the Eden Gardens. Rajat Patidar was not included by any team in their camp during the IPL 2022 auction and he returned unsold. Rajat Patidar had added 71 runs in 4 matches while making his debut for RCB in IPL 2021 but the RCB team neither retained him nor bid for this player in the mega auction. However, when RCB incumbent Luvnith Sisodia was ruled out of the tournament due to injury, Rajat Patidar was re-inducted by RCB at a base price of Rs 20 lakh.

were to get married in May

It is noteworthy that Rajat Patidar was about to tie the knot in May 2022 after going unsold in the mega auction. However, when he got a call from the RCB team, he postponed the wedding midway and went on to become a troubleshooter for RCB. This was disclosed by his father Manohar Patidar while talking to a newspaper.

He said, ‘Rajat Patidar was about to tie the knot on May 9, for which a small function was organized and a hotel in Indore was also booked. The wedding was not going to be much fanfare due to which we did not print the cards but we had booked a hotel for some special guests. But when he got a call from there, we decided to go ahead with this program and now it will be organized in July.

Know when will you get married now

Talking further, Rajat’s father told that the young batsman will get married in July, when he will be relieved of his responsibilities in the Ranji Trophy for the Madhya Pradesh state team. It is noteworthy that the team of Madhya Pradesh will be playing the quarter-final match against Punjab from June 6. In such a situation, if the team of Madhya Pradesh goes ahead, then Rajat Patidar will return for marriage after playing the final match for the team before July. Rajat Patidar has appeared in 39 First Class, 43 List A and 38 T20 matches for Madhya Pradesh in his domestic career while scoring 271 runs in 7 matches for RCB.

This Indian cricketer came out in support of Rishabh Pant, said – any captain can make a mistake