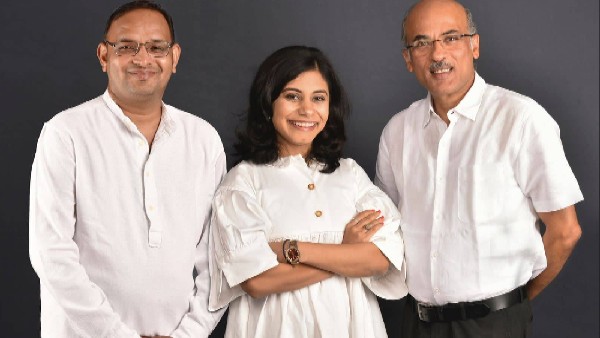 Ever since its shooting began in October 2021, Uchhaai has been in the news for its seasoned star cast. Height in the limelight with Amitabh Bachchan, Anupam Kher, Boman Irani and other notable names, veteran director Sooraj R. Barjatya’s next offering. Unchai will be the 60th film produced under the banner of Rajshree Productions (P) Ltd. It has been shot extensively in Nepal, Delhi, Mumbai, Agra, Lucknow and Kanpur and the shooting is complete.

The film promises a journey that explores the nuances of friendship. Surya R. Barjatya says, “Filmmaking is about great teamwork and coming together of strong forces who think similar and share the same vision.”

Rajshree welcomes Mahaveer Jain of Mahaveer Jain Films and Natasha Malpani Oswal of Boundless Media as producers for this ambitious project. Mahaveer Jain is a veteran of the industry and has a long association with the Rajshree family.

Echoing the excitement in Rajshri, Mahavir Jain said, “Height is more than a film, it is an experience! It is an honor to be associated with Surajji in his film. It is like fulfilling the wish of a lifetime! I am proud to be a part of the film.”

Completing the panel of producers for Height is Natasha Malpani Oswal, Founder of Boundless Media, a creative person who creates new-age content for audiences across the globe. Natasha said, “My experience on the sets of Alaaai is something that I will carry with me forever.

Soorajji is always a source of inspiration. I am delighted to be able to work with such senior talent for Boundless Media’s Bollywood debut!” Height is director Sooraj R. Barjatya’s 7th directorial. Like all Rajshri films, carrying on this legacy The height promises a perfect family fun.