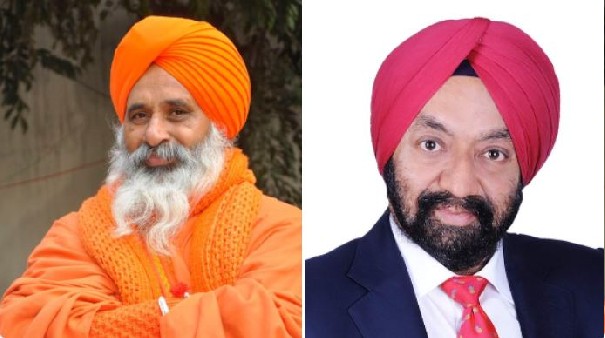 Chandigarh, May 28: The Aam Aadmi Party has announced candidates for its two Rajya Sabha seats from Punjab. The party has finalized the names of Balbir Singh Sinchewal and Vikramjit Singh Sahni. On Saturday, Punjab Chief Minister Bhagwant Mann announced both the names. In fact, elections are to be held on June 10 for 57 Rajya Sabha seats in 15 states of the country.

Out of 57 seats in 15 states, elections are also going to be held in 2 Punjab seats, for which May 31 is the last date for nominations. On June 10, voting for the Rajya Sabha will take place. In such a situation, the Punjab Aam Aadmi Party has nominated two Padma Shri awardees as Rajya Sabha members. Padma Shri Sant Balbir Singh Seechewal and Padma Shri Vikramjit Singh Sahni will be your hope.

CM Bhagwant Mann tweeted that I am very happy to inform that Aam Aadmi Party is nominating two Padma Shri awardees as members of Rajya Sabha. One is environment lover Padma Shri Sant Balbir Singh Seechewal, the other Padma Shri Vikramjit Singh Sahni related to Punjabi culture. My best wishes to both of you.

Aam Aadmi Party’s victory in both the seats to be held in Punjab is almost certain. Let us inform that the term of two Rajya Sabha members from Punjab is going to end in July, including the names of Congress’s Ambika Soni and Shiromani Akali Dal’s Balwinder Singh Bhundar.