Rajya Sabha elections: Misa Bharti and Fayaz Ahmed's name from RJD will be final, will file nomination on Friday
Advertisement 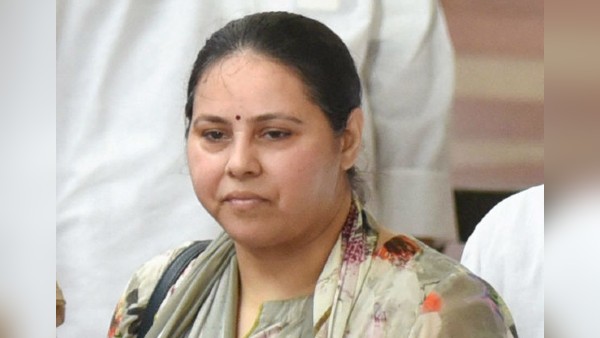 Patna, May 26:
Nomination for Rajya Sabha elections has started. By May 31, candidates will file their respective forms. Nomination process is going on in 15 states of the country for 57 seats of Rajya Sabha, including five seats in Bihar. In such a situation, the Rashtriya Janata Dal (RJD) has finalized the names of its Rajya Sabha candidates. The party has fielded Misa Bharti and Fayaz Ahmed as its candidates.

For the Rajya Sabha elections, the Rashtriya Janata Dal has declared party chief Lalu Yadav’s daughter and sitting Rajya Sabha MP Misa Bharti, besides former MLA Fayaz Ahmed from Bifi assembly seat in Madhubani. According to the information, both the candidates will file their nominations on Friday at 11:30 am.

Let us inform that for the Rajya Sabha elections from the assembly on Thursday, both the candidates have taken their nomination forms and deposited the security deposit. Let us tell you that out of the two RJD candidates for the Rajya Sabha elections, the name of Misa Bharti was already being considered fixed, but different speculations were being made on the other name. Although it was being strongly claimed that the second candidate would be from the minority community, after which the party agreed to Fayal Ahmed, who is leading in many names.