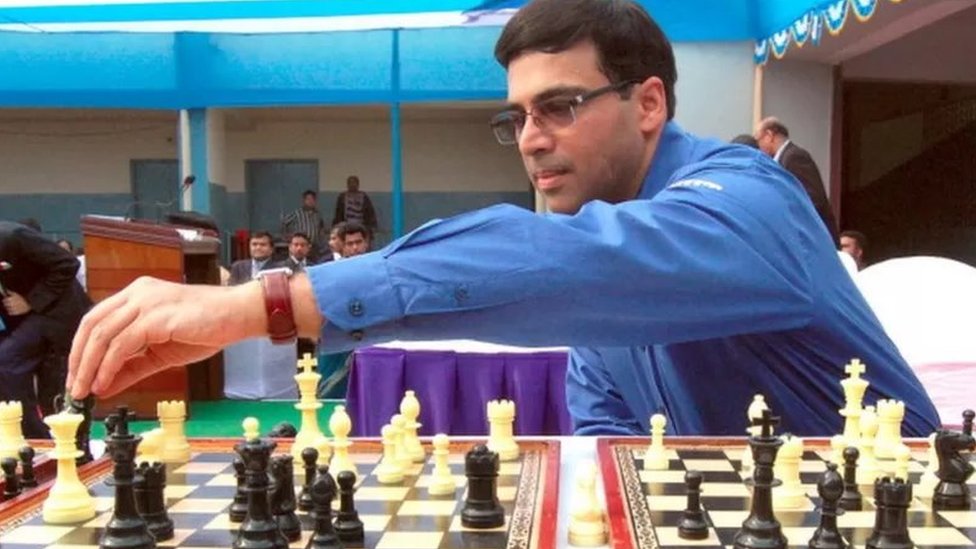 Counting players also do these things and the number of them are able to beat world number one twice or twice within three months.

Rameshbabu Pragyananand has done this charisma. But Pragyanand’s confidence, not even 17 years old, is such that after defeating world number one Magnus Carlsen, he expressed his disappointment in a way in front of the media.

“They didn’t want to win like this,” he said.

In sports there is victory, victory and defeat, defeat. But those who understand the nuances of the game will have an idea of ​​what Pragyanand was saying and what it meant. In fact, Pragyananand and Magnus Carlsen’s match was heading towards a draw in the Chessables Masters Online Rapid Chess tournament on Friday.

There was no result of this match of 40 matches. When Pragyananand made his bet, it was indicating the same, but Magnus Carlsen made a mistake while playing the fortieth, he removed his horse in such a way that a checkmate situation was created and he had no choice. was left.

After forty bets, players get 10 seconds increment time in such rapid tournament and Pragyanand won this match in the same time.

This is the reason why he did not appear very happy about his victory, obviously he would not have been satisfied with just winning, he would have wanted to beat the world number one player in the world with a little health.

Competence and self-confidence, both of which you can see in Pragyanand, who if you look from afar, his outlook does not look like a champion, simply groomed hair in oil, simple stature and normal complexion. But at present, he is being seen as the biggest sensation in the world of chess.

Earlier in February, he defeated Magnus Carlsen in the 39th round of the AirThings Masters Chess.

Rakesh Rao, a senior journalist who has been watching his game since the beginning, and deputy editor of The Hindu newspaper, says, “Pragyanand is certainly a champion of immense potential for India and he has proved this consistently over the years. His biggest feature is that he is very forward as a calculating mind, he knows how to calculate the game by looking at the board of the player in front.

Obviously, Pragyanand has defeated the number one player in the world of chess twice or twice within three months, then there must be some thing, which will make him special.

The world of chess got its first glimpse four years ago, when at the age of 12 years and 10 months, he had shown the charisma which no Indian could do before.

He became the first Indian to become a Grand Master at such a young age. He did this feat around the world for the second time. Younger than him, this charisma was shown in 2002 by Ukraine Sergei Karjakin, the only two players who have shown the charisma of becoming Grandmaster even before entering the teens age.

Sergei reached the feat of Grandmaster at the age of 12 years 7 months and Pragyananand 12 years 10 months. But when Pragyanand became the grandmaster, Susan Nainan wrote an article on the famous sports website ESPN, “A boy who could be king.”

It has been said in the beginning of the article that the spelling of this player’s name is such that the whole chess world is getting upset. Obviously, the author’s allusion to being called a name must have been towards the shocking quality of the game.

You can see Pragyananand’s achievement in both the ways, on one hand there is a middle class family boy who is rapidly making his mark. His father Ramesh Babu has been suffering from polio and works in Tamil Nadu Cooperative Bank. At present, he is the Branch Manager of Koratur Branch, Chennai. This is one aspect.

The other aspect of Pragyananand’s career is that his four-year-old sister Vaishali Ramesh Babu is also a well-known player in the world of chess and is an Indian Grandmaster. That is, facilities for Pragyanand to progress in the game of chess, his sister had made in the house. It is another matter that Ramesh Babu himself had nothing to do with chess.

He told in an interview with BBC Tamil, “I had written my daughter’s name for chess class. She used to play very well. But playing in tournaments had to travel a lot and also cover expenses. The situation was not like this, so I wanted to keep my son away from chess. But from the age of four, he started playing chess with his sister. He was not interested in any other sport other than chess. He spent hours in front of chess. Used to keep sitting. It changed my thinking.”

There was only a difference of four years between brother and sister, but the sister informed the brother about the basics of chess and soon it became a game of mutual competition in the house. The game of both was such that trophies were piled up in the house and some of it also got lost in the 2015 Chennai floods.

The game of both was such that there was no shortage of sponsors. But the polio-affected father had to take a loan to send the mother with the children. The father had also thought that the lack of money should not become a hindrance in the way of the children.

Pragyanand first captured the World Championship in Under-8 in 2013 and then won the Under-15 world title within two years. And within the next two years the title of Grand Master. You can gauge how challenging it is to become a Grand Master in Chess, which is a lot like achieving a PhD.

There was no Grandmaster in Indian Chess before December 1987. Viswanathan Anand became the first Indian player to reach this milestone in December 1987. He has had such an impact on this game that in the last 35 years, the number of Grandmaster Chess players in India has reached 73.

Rakesh Rao says, “Viswanathan Anand’s contribution to the game of chess is not discussed much across the country, he is certainly considered a great player. But the fact is that it is Anand who has led to the rise of the army of Grandmasters in India. . There is no other example in any one country, of so much influence of a single player in a single sport.”

This is the reason why amazing chess talent is visible in India at present. Pragyanand’s name may be getting a little too much to defeat Carlson, but his age Arjun Igirgasi, Domaraju Gukesh and Nihal Sarin are also watching the world with admiration. The world of chess has also changed rapidly.

Earlier, the player who played thoughtfully was considered talented and in today’s era, examples of technically fast game are given from the beginning and those who play aggressively are also seen to have more possibilities because it is believed that with time Maturity will come in his game.

This difference was better explained by Viswanathan Anand himself at the annual awards ceremony of a sports magazine in Mumbai. Giving the award to young chess champion Nihal Sarin, he said, “I used to play very fast in my era. Very fast. But the game I used to play in five minutes, Nihal is playing in one minute.”

It is this aspect that shows both the strengths and limitations of these young players. The matches in which Pragyanand has defeated Carlson are 15-minute matches and they are online matches.

This is the reason why young players of India are also getting the benefit of childhood with mouse and computer. But will the glory of champion players like Pragyanand continue to be visible even further, for this they will have to prove their game in 90 minutes of full competition. Only then will it be proved whether the next world champion of chess will emerge from India or not.

Regarding how big the challenge is given Pragyanananda’s game, his coach RB Ramesh told BBC Tamil, “In a chess game, if Pragyanananda doesn’t make a mistake in the opening times, he plays quite strongly in the middle and final parts. He has proved it in both victories against Carlsen but as far as winning the World Champion is concerned, that goal is huge.

PM Modi met the team that won the Thomas Cup, asked Srikkanth this question as a ‘journalist’