Ranbir Kapoor Video: Whose is this child whom Ranbir kissed, watch this viral video
Advertisement 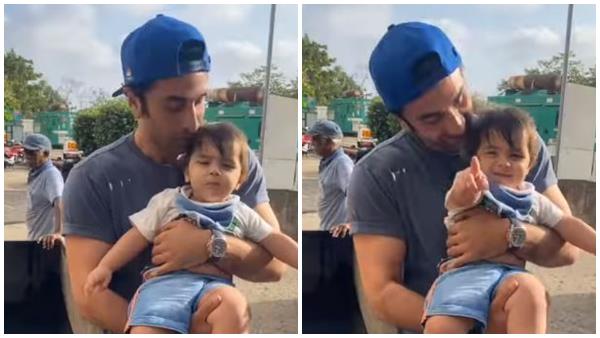 Ranbir Kapoor having fun with baby
This video of Ranbir Kapoor has been shared by celebrity photographer Viral Bhayani on his official Instagram account. In this video, Ranbir Kapoor is holding a cute baby in his lap. Also, he is seen having a lot of fun with this child.

Fans reaction on the video
Different types of reactions of fans are coming out on the video. Some fans took fun of Ranbir Kapoor and asked, ‘It has happened too soon’. On the other hand, another fan wrote ‘Kya Baat Hai, the world is running very fast’. Apart from this, different types of reactions of many other users came out. However, it is not yet confirmed that whose child is this. But, the fans are very fond of the child with the video and this cute one.

Fans stunned in the theater on the title track of ‘Bhool Bhulaiyaa 2’, the video went viral